What are BUILDING CODES and why do I care?

For the first time in history most Canadian National Codes are free.

As of April 2019, the NRC is offering free access to the downloadable and electronic formats of the National Building Code, the National Fire Code, the National Plumbing Code, and the National Energy Code for Buildings, as well as the provincial codes published by the National Research Council of Canada (NRC). Paper copies of the Codes, along with other supporting documents including the Guides, are available at a reduced cost.

To access the free electronic PDF documents directly, use this link.  Quebec and Alberta codes are there as well.  Probably the most useful and interesting document there is Illustrated User’s Guide: NBC 2015 Part 9 of Division B: Housing and Small Buildings.   To order the printed format of any national code, place your order online through the NRC Virtual Store.

WHAT ARE THESE CODES? 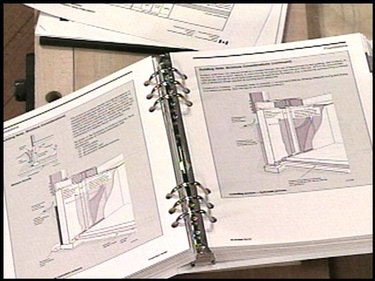 The first National Building Code was published in 1941. Essentially, the National Building Code is an advisory document that the provinces use as a reference to create their own building codes. All of the codes across North America are designed as minimum standards to protect the health and safety of occupants in buildings and residences. Most of the Canadian provincial building codes are quite similar to the National Building Code and work is ongoing to achieve more consistency across the country. However some provinces make some requirements more stringent, while others reduce some requirements -- leaving builders more freedom in meeting market demands. If this sounds to you like marketing double speak, you are not alone. Yes this does mean that where most of the country considers that there are minimum standards that are necessary for health and safety there are regions where provincial code bodies have been convinced that these provisions cost too much and people don't want to pay for them so they just lower the standard. Such is the case with ventilation standards in Ontario.

Although any aspect of a house can be built much better than these minimum standards, no aspect of the house should be built below them. These are the minimum standards which the provincial New Home Warranty programs follow to determine whether a builder did the job right or not.

WHO WRITES THE CODES?

The Institute for Research in Construction, part of the National Research Council of Canada and now in 2019 called NRC Construction does most of the research that is used to establish the details of the building code.  The Canadian Codes Center, now called Codes Canada, is the body that actually publishes a new codes on five year cycles with tremendous industry consultation.  We used to talk about the Canadian National Building Code, but now it is simply the National Building Code.  I am never sure why government bodies keep changing names.

The code itself is a rather complex document, but there is an Illustrated Guide to the Canadian Building Code, that concentrates only on residential housing requirements and gives a lot of clear illustrations. You may want to have a copy of any particular code if you are interested in seeing what the minimum standard is for any particular part of a house, or just want to be more involved in the construction of your house. The basic codes are now free but many interesting documents, like the Illustrated Guide (kind of like an official “Building Code for Dummies”) can be purchased for between $40 and $75 through the NRC Virtual Store.

The 2005 National Building Code was planned as a radical change from the previous codes, which prescriptively set out minimum standards for everything.  The intention was to produce a Performance Code that simply stated what needed to be accomplished and then the Prescriptive old code would be in the annex as one way to meet those requirement.  The actual code orientation that came out left the prescriptive code in place (it’s still the code) and added objectives, functional statements and intents so that innovative solutions that are not mentioned in the prescriptive portions are serving the same areas of performance as the prescriptive requirements (for instance any backfilling – traditional or innovative - needs to fulfill structural performance issues and drainage to keep the building dry). If a product cannot comply with the prescriptive code, a designer or manufacturer can use the objectives, functional statements and intents to prove that their product is equivalent (or better) than the prescriptive code solutions.This change will hopefully provide for more flexibility and innovation in housing while still assuring safety and security.

So now if you believe that some contractor is lying to you about code requirements, you can now download the code or access the interactive code on the cloud for free.  The objective of this new move is to get more people actively referencing the codes and working to get harmony across provincial borders.  Now even a small contractor, or advanced DIYer can get correct information without trying to rely on web hear-say or inadvertently following rules for a different climate.

The CODES often reference more detailed documents called STANDARDS.  These standards are created by various "Standards Bodies", like the CSA or ULC or the CWC (Canadian Wood Council) in Canada.  Hence, the sizes of joists and beams are not listed in the National Building Code, but are found in the CWC Span Book.  The standards bodies are non-governmental orginazations and need to sell their products to finance their development.