How do you put flashing on a chimney that doesn't have any? 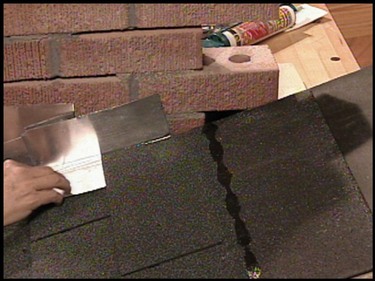 Henry e-mailed about the fact that he discovered that when they re-shingled his roof a couple of years ago (before he bought it), there were no flashings at all put on around the chimney. He wanted to know how to do a good job, with the least damage to existing shingles as possible. 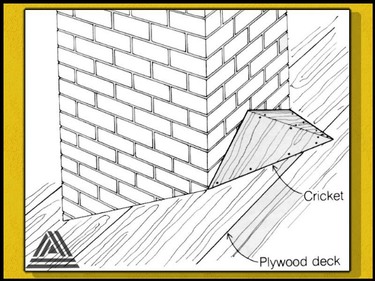 Actually it is possible to do a good job, only bothering some of the shingles on the up-hill side of the chimney. You will have to work on a warm day so that the shingles will be flexible, and you will need a good flat prybar to remove some nails.

In fact, you can profit from the removal of the shingles to build a cricket or saddle, a wooden bump that sends the water around rather than into the chimney as it comes down the roof above the chimney. 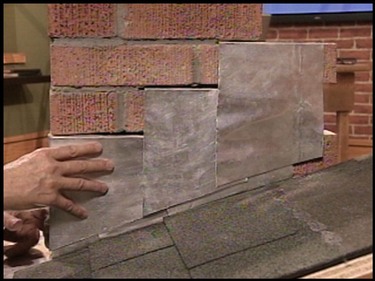 The real key to a good flashing job is to realize that all these flashings that are attached to the roof deck are not attached to the chimney. They just lie close to the brick. If you did seal them, as many roofers do, that seal will eventually wear from exposure to the sun and/or movement between the chimney and the roof deck. 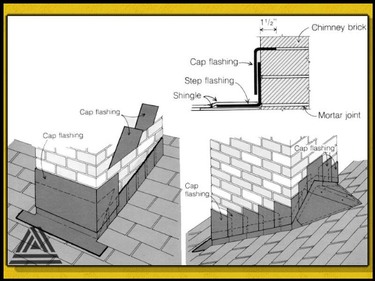 The Cap Flashings are flashings that are turned into the mortar joint of the brick and lap over the other flashings. They are attached to the brick with mortar, which will not loose its water tightness with the sun. They shed water over the exposed part of the roof flashings. They are not attached to the roof flashings, which allows for movement. It is the overlapping nature of all of these flashings that makes it all work and not wear.

Unfortunately, all of this is rather rare and usually flashings are nailed to the roof deck and caulked to the brick without any cap flashings at all, and of course, they leak a few years later - or at best require constant maintenance.