What is an air tight electrical box?

We all know that electrical boxes are the often the source of cold air drafts. They are equally the route by which warm moist air escapes from our houses. In fact, the National Research Council of Canada has calculated that up to 30 litres of water can pass through a single electrical box in one winter. That is not bad if it keeps on going, drying out day by day, but if it is passing through a box in a north facing wall and all that 30 litres ends up as frost and ice inside the wall, you have a problem in the spring. In fact, many "spring floods" in basements is nothing more than the accumulated condensation from the winter melting behind the insulated walls and dripping out onto the concrete floor. 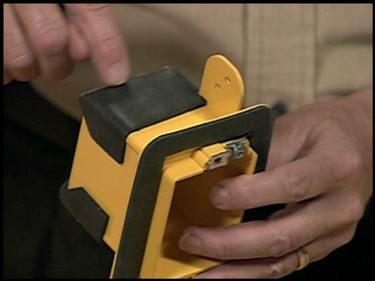 There are several ways to stop that air movement, both hot and cold. For years we have worked on wrapping the vapour barrier around behind the boxes, with lots of work and lots of acoustical sealant. Then someone invented a "Poly Pan", a molded piece of polyethylene that fit around the electrical box which makes the job easier. Finally we now have true air tight electrical boxes. The boxes are plastic with self sealing gaskets where the wires come through and they have a gasketed flange on the face. When the vapour barrier is put over the wall, and the drywall is fastened into place, the drywall will trap the vapour barrier against the gasket, making an air tight electrical box. 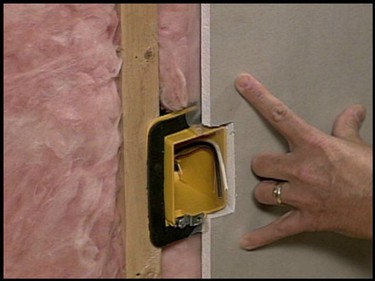 These are occasionally available in the hardware stores, more in the west than in the east (maybe they understand cold air drafts better in the Parries). Always buy boxes that have the CSA stamp rather than just the American UL stamp because the Canadian standards are far more demanding, especially with respect to the fire resistance of the plastic. Hubbell is a good brand name to look for.