Be aware that a clogged clothes dryer duct will reduce the efficiency of the clothes dryer, and could start a fire.

If your duct is made of ridged metal, it is rather easy to clean because you can snake brushes, even rags right through from one side to the other.  Terry commented on this article with the description of his dryer ducting, after having trouble with flex duct.  He made it all with rigid metal ducting and even used aluminum tape rather than screws because lint gets stuck on the screws.  Terry has in fact succeeded in making a smooth unobstructed duct.  If in addition you use two 45 degree elbows rather than one 90 degree elbow, the longer slower curve will move air even better.  In fact, click here for a quick look at air flow resistance in ductwork. 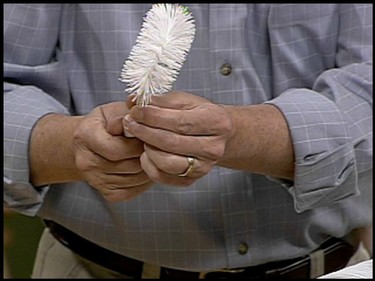 If your clothes dryer duct work is made of flexible ducting, plastic or metal, it is a bit more difficult because things tend to get stuck. If it is a straight run, simply take a toilet brush, bend it if necessary to the right size to barely fill the duct, attach it to the end of a broom stick and the trick is done.

When nothing else works, you need to take the duct out, pull it straight and clean it out.

There are many companies that specialize in dryer vent cleaning, just look that up in Google.

You really need to discuss with them on the phone how they clean the duct, as most appear to do it poorly or even dangerously.  The proper technique is just like good heating/cooling/ventilation duct cleaning where they attach a vacuum cleaner or vacuum truck to the entrance to the duct, then run a compressed air hose into the duct with a “skipper head” on the end.  The skipper head points the air jet back towards the vacuum cleaner which helps to “pull” it forward in the duck and bounces around a bit to really dislodge all the lint all while the vacuum cleaner sucks out the loose lint and traps it so it does not pollute the house or the neighborhood.  Unfortunately, the Montreal company that I used for cleaning my dryer ducts as moved on to other types of work – the cheap competition was apparently too strong for them.

Why is the technique so important?  If they use a leaf blower or other large forced air system to blow the lint out of the duct I guarantee you will get complaints for four or five of your neighbours.  Worse yet, I have seen cases where they blew the hose apart inside a closed ceiling – filling the joist space with lint and then moisture from the dryer until the mold forced a major renovation.   Blowing into a dryer exhaust duct is NOT the way to clean lint from a duct.  So, discuss technique with any company you are looking at, and ask for references to see if that is what they actually did in other homes.  One large Montreal company even has a photo on their website of a cloud of lint filing the yard – they must have thought that would impress you, it should scare you.  If you find companies using vacuums and skippers, let me know, I would be glad to list them here. 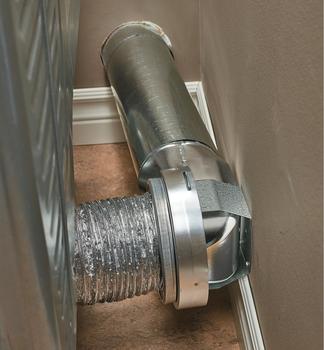 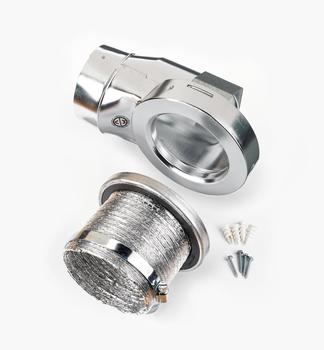 When these two are approximately lined up, perfection not required, as you push back the machine, the rings will find each other and snap into a solid airtight joint.  Just pull the machine out, and it will release.  I bought my MagVent at Lee Valley Tools. 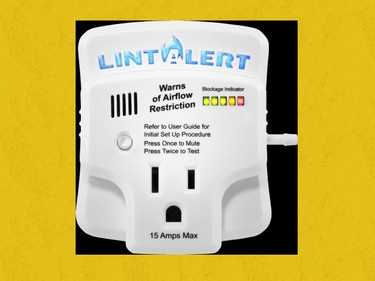 There is a great air flow measurement instrument, made specifically to know when lint is clogging your clothes dryer -- LintAlert. One model even has WiFi e-mail alerts.  You can find it at most renovation centres for a bit under $70.   It is an insurance policy for things that we totally forget, and even if it doesn't get to starting a fire, the clogged duct will increase the cost of drying your clothes because you are putting in the same heat but having less air flow. 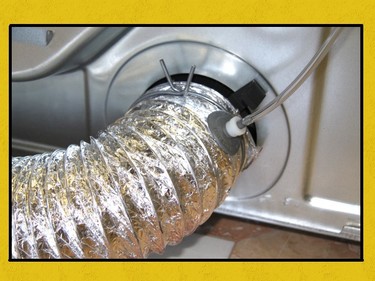 If your duct is too long you can add booster fans to the duct, but only ones designed to handle the lint so that they do not become an fire hazard. One specifically made for this job by using a “reverse helix” fan blade can be found at Continental Fan.com.

Follow this link for details on stopping cold air drafts coming in through the clothes dryer.