Should ladders be placed against windows. 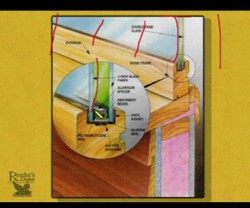 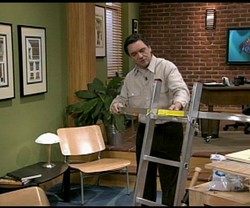 Wagish wrote to say that he "has observed the workmen building my new home placing ladders against the window panes rather than against the brick wall. Is this safe?"

Very simply -- NO. The reason workmen do this is that it allows them to caulk both sides and the top of the window without moving the ladder. They have never broken a window, so they assume that it causes no damage.

First, it could break a window, and send them right through that broken window even if that rarely happens.

Third, this is a sign of a workman that works in an unsafe manner, reaching out beyond the supports of his ladder. There are ladder stand-off supports made to straddle windows that protect the window and the worker at the same time.

Bottom line, I would not allow any workman to continue to work at my house who puts his ladder on the glass of the window. I would ask him to come down and leave immediately. If he works for a general contractor, I would inform the general contractor why I sent the workman away and request that someone else come finish the job. If the contractor is really obstinate, call the window manufacturer. That will put some pressure on him from the back door. If you really want to fight without going to court, call Workman's Compensation and discuss the matter with them.