How to repair a door bell.

Ever had your door bell die and don't quite know how to go about fixing it? 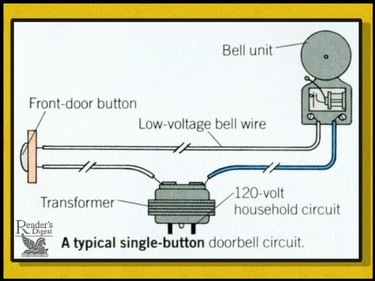 The first graphic shows the standard layout for the mechanics of a doorbell. There is the button, a transformer and the bell. The transformer reduces the household voltage to a 24 volt low amperage system that makes the wiring small and safe to work with. You don't have to turn off the electricity to touch any of the low voltage wires. You only have to turn it off if you are replacing the transformer and will be touching the 120v wires going into the transformer.

Before even trying to "repair" anything, make sure that the fuse or circuit breaker is not off. If it is not that simple, then move on to the process of elimination. 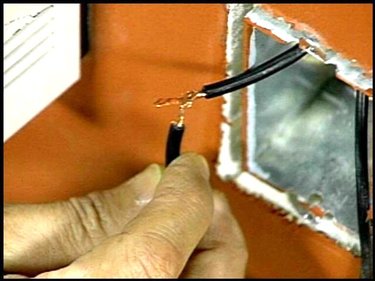 Start by testing the bell without the button. Most commonly, it is the button itself that breaks. Simply remove the button and then touch the two wires together. If the doorbell works, replace the button. Be very careful with those small solid wires, they break easily and you don't always have a lot of slack in the line. If the wires are getting too short to work with comfortably, add extensions to the existing wires, preferably soldered, and then shove the extra wire back into the wall. This will give you some room to work for years to come. 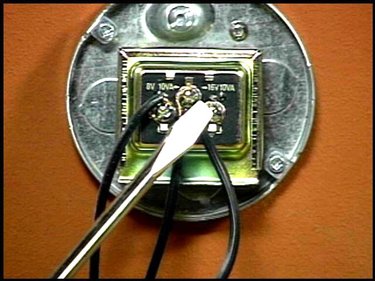 If the bell doesn't work even though you touch the wires together, then you should test the transformer. It is usually located attached to the outside of your mains power panel. According to the electrical code it should never be hidden in walls or ceilings, but in older houses it can be quite a mystery trying to locate it. There will be two screws (or three screws if your have two different buttons for the doorbell) holding small wires. Simply take a screwdriver and place it across the connector screws as in the third photo. You should get a small spark. Don't leave it there for a long time as you could burn out the transformer, but a series of small sparks will not hurt the transformer. If is does not spark, the transformer is not working. If the fuses or circuit breakers are effectively "on", you will have to replace the transformer. If it does spark, the problem is either the bell itself or the wiring.

Still not working? Remove the wires from the bell itself. Have someone hold the front door button down (sending electricity to the bell) and then touch the wires together to see if you can get a spark. If you do get a spark, the wiring is fine and the bell itself is defective. 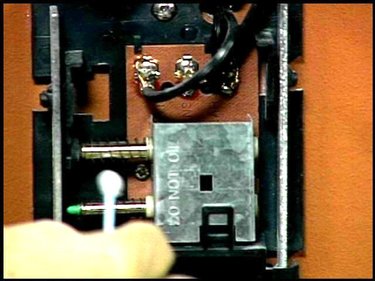 Before you condemn it, trying cleaning the plungers that strike against the sound bars with alcohol and a cotton swab. If there is no spark, there is most likely a problem someplace in the wiring.

If you cannot find the broken wire you will have to either replace the wires, one at a time until it all works -- or condemn the system and use one of the new wireless doorbells where the button runs on batteries and sends a radio signal to the bell indoors.