What does it mean to "Scribe" a counter top? 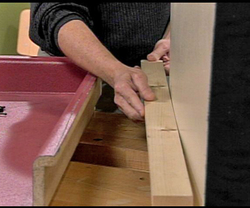 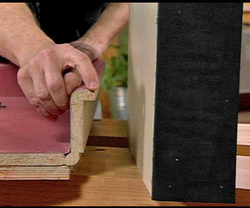 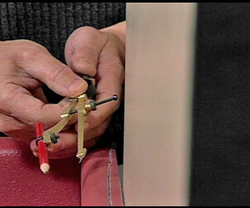 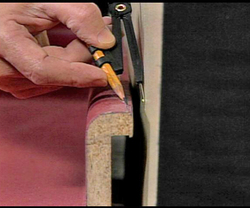 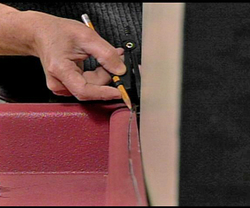 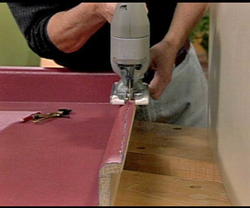 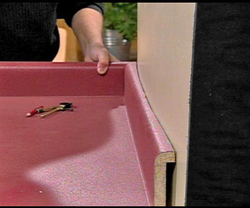 Dan caught our camera in a store and asked just what is "scribing a counter top"?

When you have a wall that is not flat, like you see our exaggerated wall in the first photo, the kitchen counter will not fit tightly up against this wall. If you look at the second photo you will see that all formed counter tops have a sort of hook at the top of the backsplash, designed precisely to permit fitting the counter to a slightly out of flat wall.

A scribe is much like a compass, except it has the adjustment arm coming out the other side. Most school compasses have the adjustment screw sticking out where the point is, which will give you a lot of trouble when you want to put that point up close against the wall. You can do it, but you have to play a lot with the instrument.A scribe will either not have an adjustment screw, or it will come out the pencil side.

Adjust the counter top so that it is as you want it against the wall, probably with the open space fairly even on both sides of the bump. Set the scribe to the largest distance away from the wall, then check if this is not larger than the overhang hook of the backsplash. You can't cut more than that overhang and may have to only partially fit it to the wall and fill the rest with caulking. But for most walls, there is enough overhang to give you a good fit.

Drag the point of the scribe against the wall while making a pencil mark on the counter top. If you can't see the pencil line because of the colour of the counter, put masking tape down first and draw on the tape. Then you simply cut that line with a jig saw, and fit the counter against the wall. That is what is meant when you hear someone talking about "scribing" a counter top.