My kitchen counter top moves away from the wall. 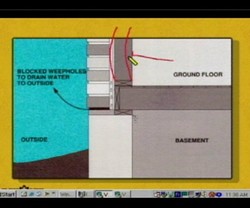 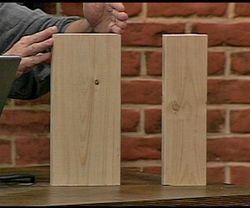 Mike from Kingston, Ontario writes: "Why do all of my counter tops come away from the exterior walls in the winter time? The caulking between the drywall and the back splash stretches, and in some cases tears -- sometimes as much as 3/16". Our house is 14 years old, all brick two story, faces west and the kitchen faces the north east corner."

That is an interesting question Mike, but unfortunately, not uncommon. Actually the counters are not pulling away from the wall, the wall is bowing away from the counters. Even more interesting is the fact that we never had this problem when we build houses with 2x4 studs. It is actually the 2x6 stud that is causing the problem. Your house is 14 years old, although most of our problems are with new homes and wet studs. That tells me that somehow a lot of moisture is getting into the wall and to those studs around the counter, either from an outdoor leak, or moisture paths from the kitchen.

Check the outside of the house for water penetration in this area, and check under the sink and anywhere else in this area for holes leading to the stud cavity. This is sometimes caused by moisture from a laundry room below finding a hole to let the moisture up into the wall. Block the moisture movement, and you will stop the wall movement.