Topics: Installing a floating floor on a new concrete s... 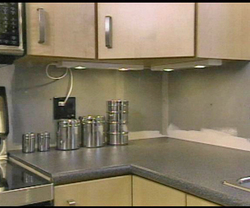 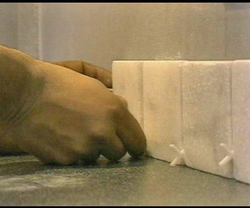 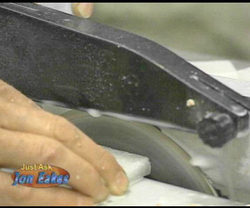 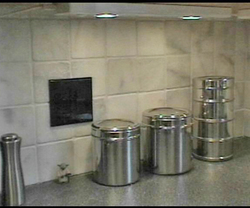 On this segment of my TV show we visited the installation of a tumbled marble backsplash. As usual I was most interested in some of the particular working details, like the fact that this material is not perfectly consistent in size, so how do you work out the pattern and the grout lines?

Then they use epoxy adhesive rather than regular adhesive simply because it will grab harder and quicker for those heavy tiles. The spacers were used, but approximately because of the irregular tile sizes. These tiles are easily cut with a wet saw (you can rent it anywhere).

How about making those cut edges look like the tumbled edges? They simply took an extra tile and rubbed and banged it against that sharp edge, to round it over as if it had been tumbled with the rest.

Marble is a porous stone so it will need to be sealed -- and cleaned with water only. Soap may leave marks.

A nice job from the guys at Ceramic Tile World in Toronto.