Camouflaging a massive rock under the house. 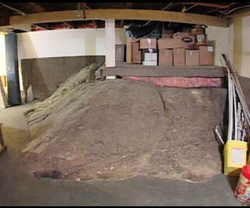 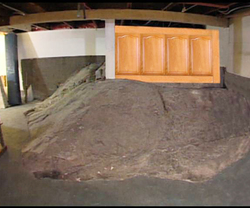 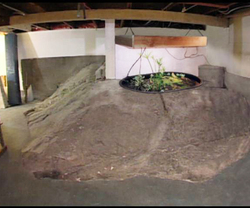 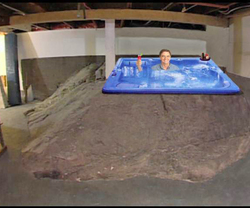 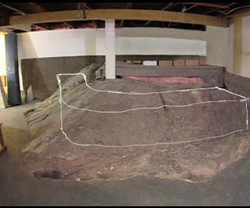 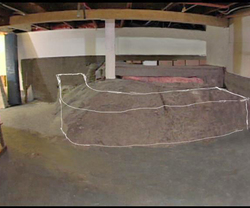 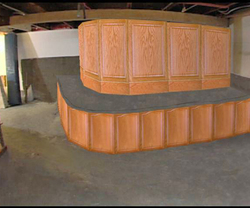 David in Victoria B.C. has a rather large rock problem. The house was built into a rocky hillside in 1912, and rather than remove the rock, the original builder simply built on top of it. That totally used up one corner of the basement, that David would now like to turn into an apartment for his daughter. In fact he needs to drop the floor of the basement, which means that the slope of the rock will take up even more space. So what to do with the rock.

Part of the problem is that this rock is now a good part of his foundation, so if he was to totally remove the rock, he would need to shore up the house and pour a concrete foundation in place of the rock. He could cut it away with a jack-hammer, since dynamite would be a little to strong at this point in the game, and just get close to the foundation wall, leaving the rock to hold up the house as it has all these years. That would get him the most space, but require some heavy duty jack hammer work and the estimates he has received are way beyond his budget. But there might be less drastic measures, along the lines of the d?cor shows, that would allow him do to less work and still make a nice apartment.

Right now he has a little platform for storage, as you see in the first picture. The second picture shows how he could just put some nice clean doors on that storage area, and already the area is more presentable, although this gains him no space.

If you really let the d?cor guys go at it, they would profit from the natural look of the rock and put either a grow garden on the top, or how about cutting in a hot-tub?

More practically, you can see some sketch lines in the next photo that show where you could cut vertically down removing just the outer bit of the slopped rock. You could actually cut it back far enough to sculpture the counter right out of the rock. Put some paneling over that vertical cut on the rock, polish the counter and finish off the original storage space. With the apartment finished, no one would imagine there was a rock in the corner -- but they would be amazed that your 'natural rock' counter.

Renting a jack hammer is the long slow tool for this oversized sculpture job, but David could do it himself.