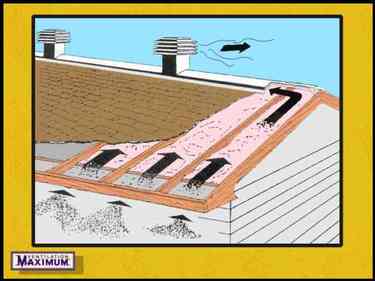 Venting a cathedral or low slopped roof is not easy. What you need to accomplish is to have continuous air movement from the soffits up between all the roof joists and somehow out the top. That is what ridge vents were invented to do. But it must be noted that a ridge vent without good open continuous soffit vents will only collect rain or snow through the top. It takes the air moving up from the soffits to prevent the ridge vent from being a collection point for problems.

In snow country there is a second problem, a ridge vent quickly gets covered in snow and simply quits functioning -- no more ventilation at all. That is until a Montreal company named Ventilation Maximum decided to invent a ridge vent that would work in Quebec's heavy snow belt. 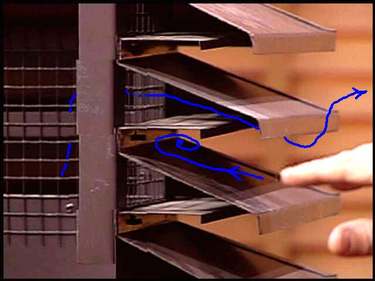 They first build quality roof top vents to replace the snow buried button vents that were so common. They did two things that keep them ahead of all the competition. They dared to go against accepted 'style' and stood the vent high above the snow in the form of a cupola. Most importantly they built a baffle into the louver system that keeps blowing snow out of the vent. They even made a major step forward by making one model with a round base specifically to replace the noisy turbines. These square cupolas are now about the only roof vent you will see in Quebec.

Then they tackled the problem of ridge vents, and they came up with the genious solution of putting a large closed duct system over the ridge opening and then setting two or more of their MaxiVents on top of that. This guarantees total roof air circulation with any snow load. I wouldn't use any other vent on a cathedral or low slopped roof in snow country. 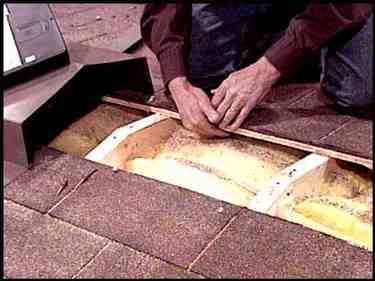 You can see the closed metal cap that covers an opening cut on both sides of the ridge.  Air flows freely from each rafter section and into the channel created by the ridge vent, which opens into the special MaxiVent which stands up on the top.