One viewer wants to protect his parents from flying golf balls because they live alongside a golf course. They have already lost more than one window.

They probably have three choices:

-- subsidize lessons for the golfers,

-- build a barrier in front of their windows, or

-- put 'security films' on their windows.

To help us understand what is available in window films I invited Trent Courage Window Films from Mississauga, Ontario to bring their products into studio. 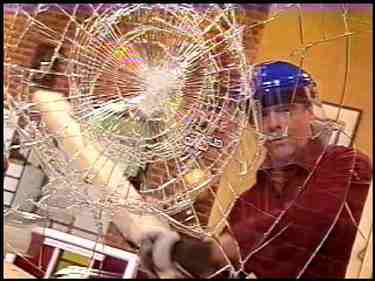 So we started by my trying to get through a window with a 2x4. My cameraman was a bit scared, but he held steady for the shot you see in the first photo. The window fractured but just like the windshield of a car, it held all its pieces and did not break through. That was because there was a film of security plastic glued to the glass. This stuff is what they call 'water clear' and you really can't tell that it is there, until you try to break the window.  With all kinds of UV protection they are guaranteed against yellowing for 10 years. 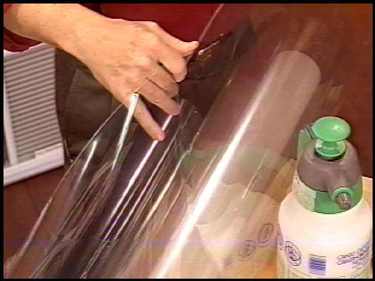 So security films would protect our viewer's parents from flying glass, and would probably even prevent the window from cracking with glancing golf ball hits. As a bonus, no thief is going to get through this window -- something to consider seriously for those narrow window alongside the front door or those unprotected basement windows. 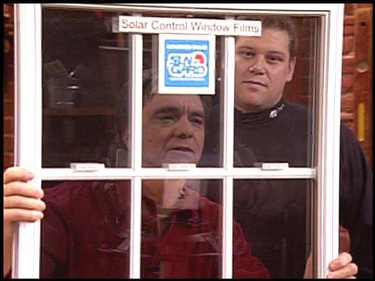 There exist many types, thickness and colours of window films and getting the right film for a given type of glass and desired performance is why Trent says that this is not really a DIY type of task. 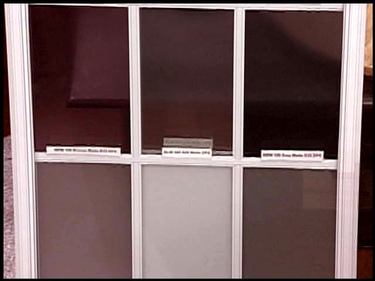 You see me standing behind a series of heat reflecting films that provide security and protection from the overheating of the sun. These could be use to good advantage where you do not want blinds but the sun either overheats the room, or the bright sunlight is bothersome such as in a home office. You can also get them in colours and all kinds of stencilled cut-outs for designer effects either for windows or inside glass dividers. 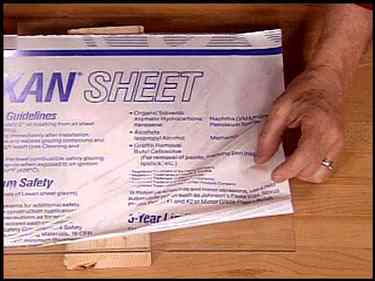 If our parents on the golf course want to build a barrier that will totally prevent golf balls from even reaching their window, then they need to make storm windows out of Lexan, which you see in the last photo -- a super strong plastic that you simply can't get through, can't crack but you can scratch it. You can buy Lexan at renovation centres, but check the price before asking them to cut it; you may need a second mortgage.