Who Is Jon Eakes?

It all started when his older brother and sister were really good at music and he couldn't carry a beat with the garbage can. So he holed up in the basement and built boats. The saving grace for his 12-year-old engineering talents was the discovery that wooden boats float even if they're full of water. This also taught him that self-teaching is not always the most efficient means to an end. 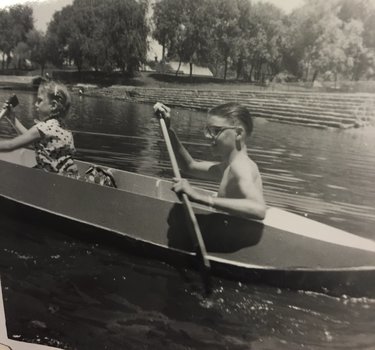 Although a few years of engineering studies certainly helped him to understand why boats float, they were especially useful to understand the building science principles that he would confront many years later. It was trades' training like welding, machinist and factory work in industrial machine creation that not only paid the college bills, but developed his "hands on" style.

Then, for the strangest of reasons (a future novel ? ), he got to see how temples were repaired in Japan, furniture was refinished in France and restaurants were renovated in Montreal. This all led to years of cabinet making and home renovation in Montreal. 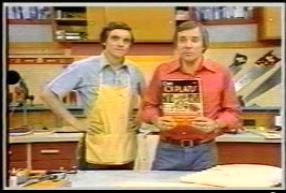 In 1978, Bill Brown, the Canadian TV's original Mr. Chips, retired and given that there were not too many English speaking cabinet makers without German accents in Montreal, he got his chance in front of the CTV cameras to carry on the Coast to Coast Mr. Chips woodworking TV show. Imagine, 1978! This probably makes him the longest, still-standing, TV Home Improvement guy in North America!

In those days, there were no specialty channels or satellite dishes and only a few channels in most Canadian cities. At home shows, he was frequently asked about things other than furniture making. He soon discovered that with the only national TV show on the subject, he could call on the resources of every building science organization, from both government and private sectors, to get solid answers for the public. 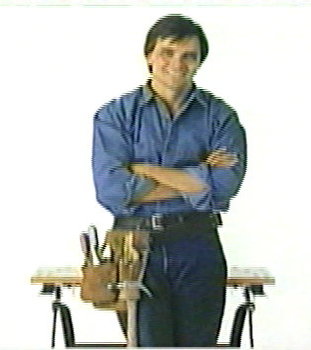 By mid 1980, he had quit his cabinet making and home renovation business to work full time, understanding Canadian houses, in order to share that information with Canadian homeowners and home builders.  Although a good tradesman, he has become a master teacher.  Today, through books, radio, TV, video, multi-media, cable and now the web, as well as many personal appearances every year, he carries on that same task. He has published 5 books in the field and is the Canadian consultant to both the Reader's Digest and DK publishers. On TV, he has evolved from Mr. Chips (circa 1978), to You Can Do It (1980 +) to Renovation Zone (1986+) to the House Hot Line on Life Network (1996) and to Just Ask Jon Eakes, on HGTV Canada and the DIY Network in the US (1997 to 2005).  As the TV networks have gotten lost in the entertainment aspects of Reality TV he has moved to the web at www.JonEakes.com combining over 2,000 pages of questions and answers with audio podcasting and a video library to develop the most in-depth home improvement site on the web concentrating on the serious details of renovation for both the homeowner and the professional renovator. He has discovered that project information is better disseminated through interactive media that let you go right to what you need; giving instant access to the troublesome details can really get you through a project.  DVDs proved really difficult to market so all of that development is now on the web in his Learning Curve tab -- like 2-1/2 hours of interactive details on drywalling and a whole series of safety working details for miter saws, not to mention the only resource for troubleshooting and mastering oscillating tools. 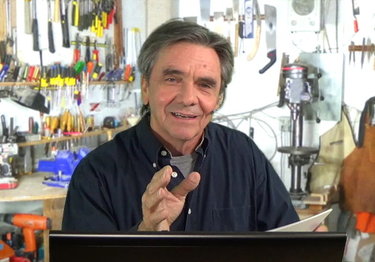 For over 20 years he has participated and continues to participate on the Canadian Home Builder's Association's National Technical Research Committee, he has given courses to contractors for the Government of Canada's national housing agency, CMHC (Canadian Mortgage and Housing Corporation), as well as the Canadian Government's R-2000 energy-efficient home program, he provides contractor training for various manufacturers, as well as attend all kinds of conferences and meetings on specific and problematic topics. His objective is to be a bridge between real problematic houses and all those people who have in-depth specialized knowledge.

On the personal side he has 3 kids and a wife, none of whom are related to each other except for him and his biological son (another novel?). Oh, we can't forget the five grand kids and one great grand son. Originally from California, he lives in French in Quebec, works in Canada and the US in English and his official residence for tax purposes is Row 13C, Air Canada (he has some notion that may exempt him from provincial income taxes). The shoe size is 8-1/2, for those who need to know such details. The video above is a quick retrospective made in 2002 -- in case you'd rather see all of this in images. After leaving HGTV in 2005 he has continued his Montreal CJAD radio show, which can be listened to right here through the On Radio bar on the left of this screen, and he has incresed his video work through the Learning Curve tab above.  Yes, this web site is his greatest concentration now because rather than repeating things, he can develop issues providing articles or even videos that improve with time.