The world of tiles is changing rapidly. 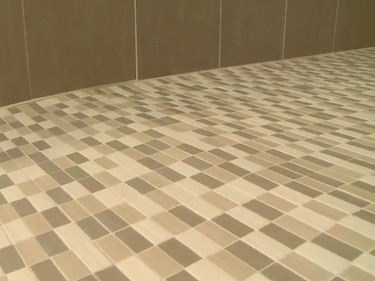 Twenty years ago we generally had a range of tile sizes from 1 ft x 1 ft down to tiny mosaic tiles.  This made tiling relatively simple because slight changes in the flatness of the surface could be adjusted for at the next grout line.  In fact that is why deep pitched shower floors were often made with very small tiles as the funnel shape of the floor would not allow for large flat tiles.

In addition, weaknesses in the floor itself would cause cracks in the grout, but generally not in the tile -- hence repairs were relatively simple.

Today with the advent of beautiful large stone or porcelain tiles, perfecting the floor or wall before tiling has become a necessity. 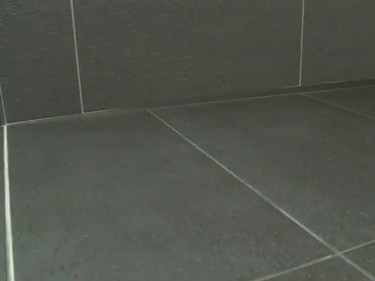 With 6 inch tiles, a tile that is slightly out of flat can be adjusted at the next grout line.  With a 3 foot long tile we can easily find the far end of the tile sticking up beyond the floor enough to trip on.  In addition, if there is a ridge in the subfloor, such as at a joist or a plywood edge, the tile is balancing on that ridge and can easily end up cracking right across the tile, rather than letting the stress fall to the next grout line. With large format tiles it is far more difficult, if not impossible, to adjust as you go by simply using more or less thin-set mortar under the tile.

All of that is to say that you really must perfect the structure and substrate first, and that may start right at the studs of a wall or the joists of a floor.

Getting an existing stud wall flat

Drywall or other substrate on a wall that is not perfectly flat is very difficult to correct as you tile.  In fact it is often best to even remove drywall and get back to the studs to get it right at the beginning.  That can mean shaving or shimming and using a laser or a string to check the alignment across the entire wall.  Follow this link for tips on straightening curved 2x4 studs.

The final test for any flat surface -- be it a wall, a floor, a door frame, a window frame or the 4 legs of a chair -- is to run two strings diagonally from corner to corner.  If the strings just touch in the centre, the four corners are in the same plane.  Follow this link to see this technique used on a wobbly chair.

Years ago the construction industry figured out that new 2x4 studs tend to warp, and that presented great problems in kitchens where a perfectly straight kitchen counter was pushed up against a wall that was not flat.  Many builders moved to building that kitchen wall out of kiln dried 2x6 studs, even when a 2x4 was plenty strong enough.  2x6 studs tend to bow less than 2x4 studs, and kiln dried lumber is more stable than general construction lumber.  The other innovation to get straight studs was to move to steel studs that have no warp at all. 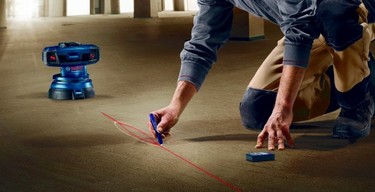 For floors, engineered I-Joists simply do not have the bowing found in full lumber joists --but verify for flatness before installing the sub-floor.  If it is a concrete floor, high spots must be ground down and low spots filled in before moving on to any tiles or tile membranes.  A new laser device (see photo) was released in 2012 that actually shows you the high and low spots in a floor -- an essential tool for anyone installing large tiles on concrete:  the Bosch GSL2 Surface Laser.

If there is a vibration in a floor there is a moving deflection in its flatness; the larger the tile, the greater the chance of cracking grout or the tile itself.  Often the "stiffness" of the floor can be improved if you have access from below.  Follow this link to a little animation that explains the dynamics of floor deflections.

If you can't work from below, the floor can be stiffened with an extra layer of plywood, something that was a requirement for tiling up until "uncoupling membranes" were invented.  Today that second layer of plywood is not always necessary because there are membranes that separate minor movement in the structure and sub-floor from the tiles themselves, the best of them being Schluter Ditra.  Study the manufacture's manuals carefully to see if this is appropriate for your floor.  Follow this link for more detail on improving the floor structure from above.

Appreciate the ART of tiling

A consumer's first thought is that using large format tiles should speed up the work and perhaps even cost less than installing a larger number of smaller tiles.  The fact is that the larger tiles require far more skill and the requirement of a much flatter surface often requires that the tile installer re-do or modify rough carpentry work done before he got to the site.

Be sure that the carpenters know from the beginning of the project that large format tiles will be installed -- and that they must work to a much stricter tolerance for the flatness of the surface.  That is one of the benefits of the Schluter Kerdi-Board system for walls -- there is no drywall and the tiller himself installs the wall substrate, allowing him to perfect the wall to the flatness he needs to do the job well.