When mysterious problems arise in a house the task is to track down the cause – and sometimes encapsulate it. 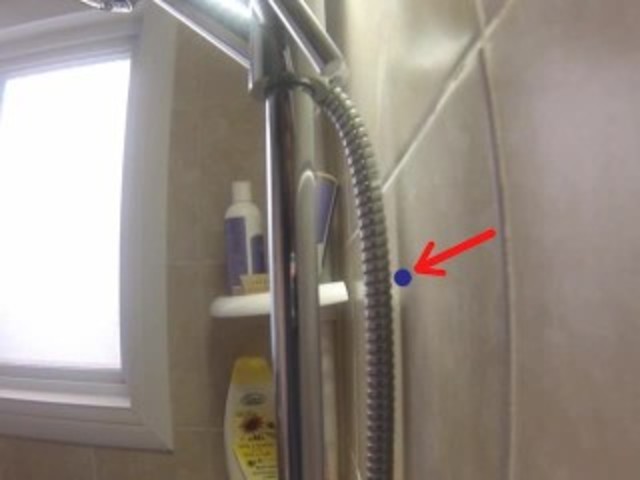 I built a beautiful new tiled shower, only to discover a hole starting to develop in one tile a few months later!  When I inspected carefully, there was nothing that touched the tile, although it was directly behind the flexible metal shower handle hose.  It was not until I stood and studied the hole while someone took a shower that I found the source.

And the solution that will keep me from ever having to replace that tile cost about 15 cents – and was aesthetic enough that my wife paid for it.

Watch the video above!