Being able to read house numbers at night is quite a hit a miss thing.  This is not only frustrating when you are trying to visit someone, but could be life threatening when an emergency vehicle is looking for a particular house address.

Lighting everything except the number 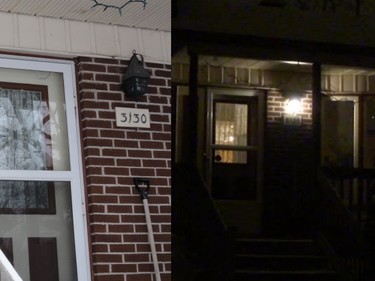 By the good graces of symmetrical layout, most house numbers are right under the front porch light – and by the grace of great design, most porch lights don’t shine downward – leaving that number totally in the dark with lots of light all around it.  Take a good look at night for how many street numbers in your neighborhood are simply blacked out at night – maybe even yours.

Back Lighting for Street Numbers 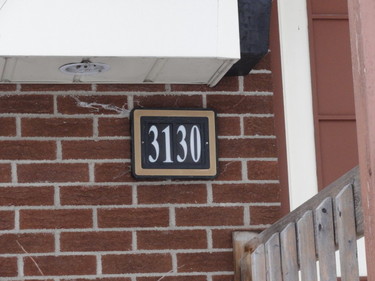 With the advent of LED lighting, there exist back-lit house numbers – the best that I have found is called the WayFinder. In the photos above you can see how clearly they stand out both day and night.  Some of these are operated by solar detectors that turn themselves on just as soon as it is getting dark, and even one model starts to flash red and beep if someone in the house telephones 911 – yes it is tied into the house phone.  Unfortunately it won’t react to a cell phone call to 911 – sometimes technological progress leaves some good ideas behind.

Unfortunately you can rarely find these items in the hardware stores for the simple reason that every house has its own number, and numbers can vary from 2 to 6 digits so you can begin to imagine the number of pieces a store would have to stock to satisfy everyone.  But they do exist and the Ontario company that makes them also sells them on the web:  PermaGlo.com.   Mine has been shining since 2009 and I wouldn’t live in a house without it. 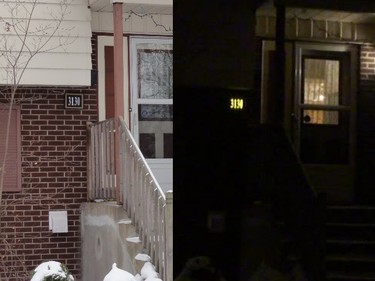 After you have ordered the exact numbers (and size of sign) you need for your house, it comes with one of the best DIY installation kits I have ever seen.  The problem is that you need to drill a hole in the wall and run a small low voltage wire into the house and down to someplace where a small transformer can be plugged in to an electrical outlet.  They include a very long thin drill that will even get through brick mortar – and then a genius straw that you slide over the drill, pull the drill back out of the wall and leave the straw in its place.  Then you very easily slide the tiny wire right through the wall, the fiberglass and everything else that would usually make it impossible to push a small wire through the wall.  Then pull out the straw.  That was the easiest fishing of electrical wires through walls via a tiny hole that I have ever done.

If you have the 911 model, you plug your telephone through a control module, anywhere in the house and if you dial 911, it sends a signal to the street number sign to cause it to blink red and give off a strong beep, beep, beep – directing emergency vehicles right to your front door. Click on the last image above to see this in a video.

Almost all night visitors to my home comment on the fact that they didn’t even see the regular house number under the porch light, but they clearly saw the back-lit number even before they stopped the car. 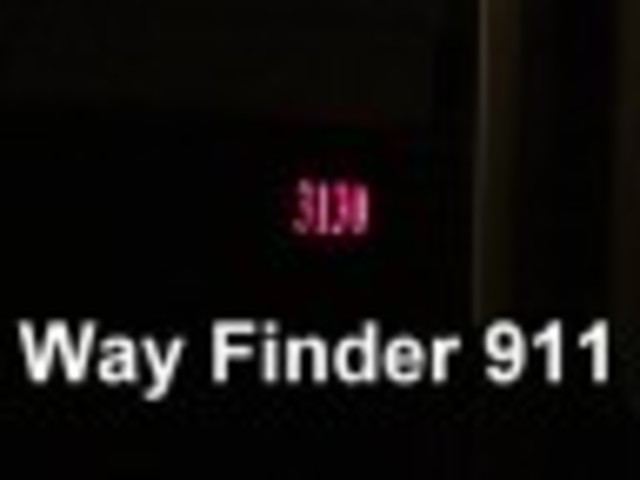 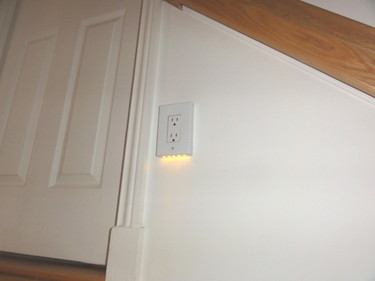 The same company makes very special night lights – a night light in the shape (and function) of an electrical cover plate as you can see in the photo above -  with models for covering light switches, regular outlets as well as designer outlets – and several colours of light.

Simply turn off the electricity; remove the existing cover plate, unscrew the outlet or switch so you can pull it forward; slid it through the opening in the night light; connect the wires as directed and then screw it all back in place.  Turn the electricity back on. 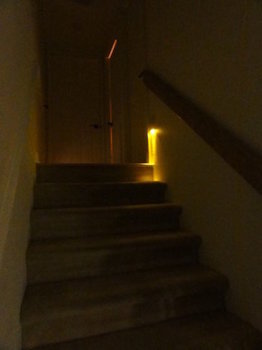 It stays on all the time with the 4 LED bulbs using only 0.2 watts, but there is nothing for a child to unplug or for anyone to bump into and a night light doesn’t take up one of the plug positions.  The switch or electrical outlet works as always.  I don’t even notice its existence until it is dark at night and then I really appreciate that light at the top of my stairway.  It’s been going for over 5 years now so I guess I won’t be very disappointed if it burns out sometime in the next five years.

Again, it is available at www.PermaGlo.com.  Don’t confuse this efficient LED light with poorly functioning phosphorescence face plates that are sold on Amazon and go by the very similar name “Perma-Glo Glow in the dark Wall Switch Plates”.