The question is: Can you put new asphalt roof shingles right over old ones.

If the old ones are flat and you fill in any missing tabs, and you do no more that a total of two layers of shingles, yes you can reshingle over old shingles. The major question point would be to check out if your old flashings are going to last as long as the new shingles or will they become the first leak points? You should also determine if there is any rot in the roof deck. In either case, I would strip off all the old shingles and fix everything. If you do want to go over the top, there are several things to consider. 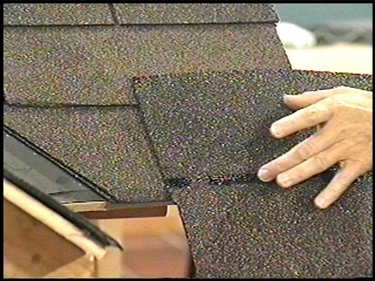 Old shingles in North America were in inches. New shingles in Canada are metric. Hence we are mixing sizes and nothing fits perfectly. The trick is to never lay a shingle over the bump of an old shingle, but always fill in the flat up to the next shingle -- and always glue down the shingles on the edge of the roof so that the wind will not catch. 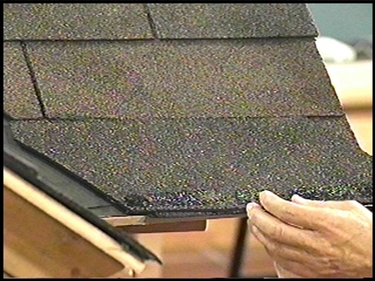 The first row is done by cutting a shingle just below the glue line (so that the glue line will end up right on the edge of the roof) and cut the upper side of the same shingle so that it will just butt into the shingle above, not overlap it. 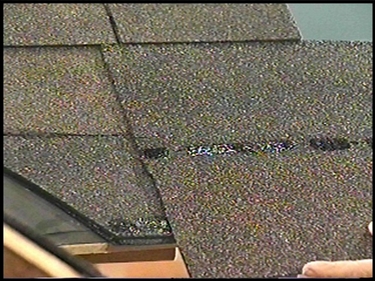 The second row of shingles butts into the next row, and still hangs out over the edge of the roof, but this time we will just cut off the overhang. 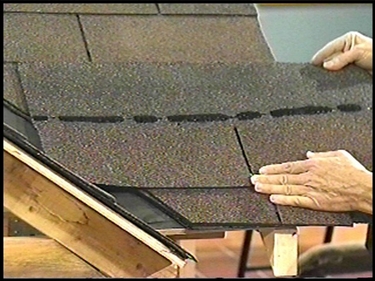 The third row of shingles finally sits fully on the roof. Notice that it is sitting on an absolutely flat base, not rippling over the old shingles. This will leave a non-standard kind of narrow first row of shingles on the edge of the roof, but that is the price of mixing metric and imperial. 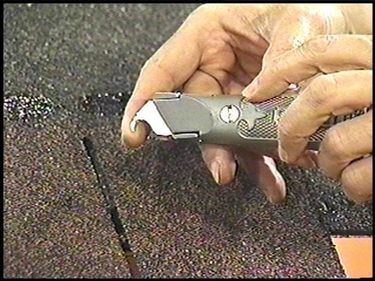 You cut shingles with a shingle knife, which because of hits hook actually cuts the shingles from below so the knife lasts much longer than a utility knife would because it isn't fighting the granules on the top surface of the shingles.