How to close off a chimney temporarily

Jacqueline from Red Deer Alberta is trying to figure out how to close up her chimney between periods of using the fireplace, given that her damper is burned out and very difficult to replace.

Closing off the top of the chimney 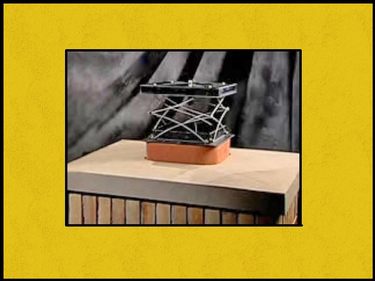 There are dampers that go on the top of the chimney and are pulled tight and opened by way of a chain that comes all the way down into the fireplace. Often chimney sweeps can install these for you.

There are many variations on this idea of closing off the chimney at the top but most snow country chimney specialists will try to discourage you from using them because they tend to freeze up, locking down your fireplace just when you want to use it. For some design reason, the Lock-Top Damper seems to be the only one that actually is reliable under icy conditions -- at least I have received no complaints at all -- so this is one time that you really do want a brand name and no substitutes. If someone has brought out one that they think is better, let me know and we can test it. The Lock-Top web site will help you to locate where you can get it: www.LockTop.com

Blocking the chimney from the bottom 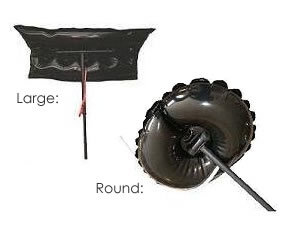 2015:  Years ago I tested out a "chimney baloon", an inflatable flue damper designed specifically to temporially shut down a chimney.  Even the Louvre in Paris wrote me trying to find them for their museum but they had dissapeared.  Lately the question came up again and I discovered at least two places that sells them in all kinds of shapes and sizes.  I guess the chimney baloon's time has returned.  Batticdoor.com has them as does ChimneyBaloon.us.

An important detail from my original research is to be sure that there is a cord or ribbon than hangs down and is visible in the firebox to let someone know that they should not try to start a fire without removing the baloon.  No video required.