Attaching a deck to a house

The old days of stacking structure

In the old days, before we had specialized hardware like joist hangers, we would always create beams, or low lying ledger boards and place the joists on top of them with some kind of toe-nail attachment.

The arrival of joist hangers 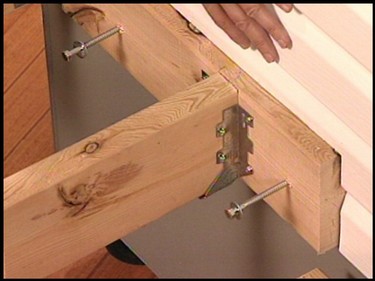 When joist hangers came into use, we tended to move the ledger board, the board that is attached to the house, up to the same level as the joists. Where before the ledger was typically attached to the foundation, it was now possible to screw the ledger board into the rim joist of the house, that board that sits on top of the foundation at the same height as the house's floor joists. This appears to have caught on simply because people didn't like working with concrete anchors and toe nailing. (With the old method, with the joists on top of the ledger, attaching the ledger to the rim joist would have the surface of the deck higher than the doorway.)

Complications with the rim joist 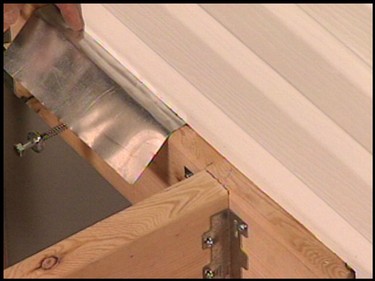 Moving back to stacking, with modern hardware -- new advantages 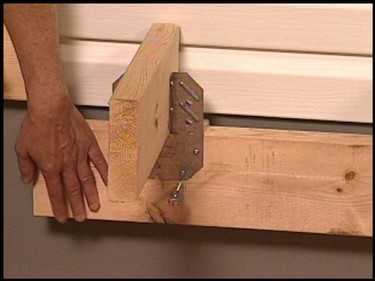 If we look at the wide variety of structural hardware that is available, you can find plates that take the place of toe-nailing. That has allowed me to recommend a technique of attaching a deck to the wall that I think is superior to what is commonly done these days. 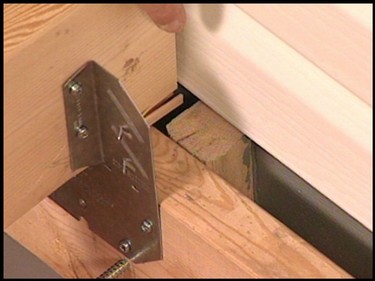 I drop the ledger board back down to just under the joists. I attach it to the concrete foundation (no potential leaks into the basement) with lag bolts and lead anchors, but the trick is to put the lag bolts through vertical 2x2 spacers that are sandwiched between the foundation wall and the ledger board. This does two things: It allows water to run off behind the ledger board and it gives a full 1-1/2 inch support to the joists without forcing them into contact with the siding. The connectors I use come from the "hurricane tie down" series of Simpson Strong Tie connectors. 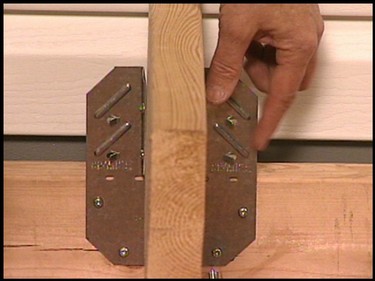 Follow this link for more information on basic construction connectors, and this link for trouble shooting fasteners screwed into concrete.