How to cover the faucet holes when converting to a single handle shower. 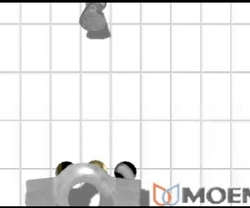 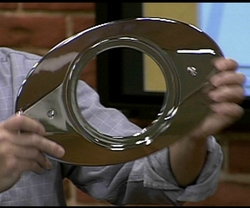 Neville from Ajax, Ontario writes: "I have an older home built in 1972. The bathtub faucets are on 6 inch centres. All the new fixtures I can find are on 8" centres. I want to install a single control valve in the tub and shower. Does this mean redoing all the plumbing inside the wall or do you know if there is an adapter kit?"

It is possible that you may have to play with the copper pipes in the wall to match the inlet connections to your single handle faucet.

The real key to the work is how to get access to the piping. If you can open the wall behind the shower, that is the best way to go and it becomes fairly easy to put in elbows if necessary to widen the spread of the input pipes. Two 45 degree elbows will allow you to offset the run of the pipes any distance you want.

However you can even get a fairly large opening right from the shower side by planing to use a "renovation cover plate". This is a very large chrome plate that is designed to cover the entire space between the old faucet handles, allowing you to cut open a rather large hole to work from. The one I am holding in the photo is from Moen.

It will cost you about $40 but that is a lot cheaper than retiling the shower.

Buy your plate before cutting open the wall to be sure that you will effectively cover the hole and be able to seal the plate to the tiles and avoid water leaking behind this cover plate.