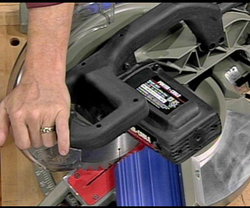 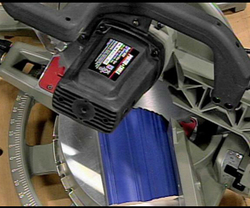 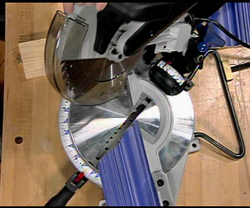 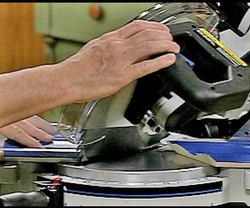 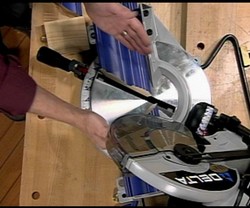 Mitre Bevel saws are designed to make the compound mitre/bevel cuts necessary for crown molding. But they are really not simple to use. For details for the cuts and the angles see "Cutting crown moldings with a mitre saw".

One of the complications in making the cuts is that the bevel on standard mitre saws only bends one way because of the position of the motor. This forces some real layout thinking to cut both pieces of a corner correctly.

So now the saw companies are coming out with "dual bevel" saws, like the Porter Cable one we had on the show. By putting the motor in the back with a belt drive, they can now tilt the bevel to both sides of straight up, allowing for a much simpler layout for the cuts. It almost becomes intuitive.

However, where the arrangement of how to cut the joints is now much simpler, the fact that you have to re-set the bevel angle for every cut may make this saw more difficult to use well than one where the bevel was locked in once, and the miter points often had stops. Few saws have stop settings for the strange angles required for the crown molding bevel cuts.