A great new tool for measuring angles - The Angle Finder! 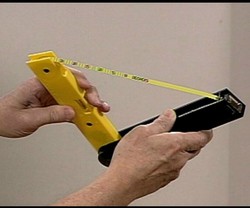 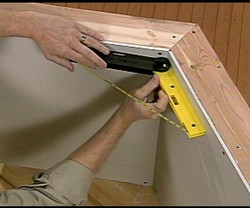 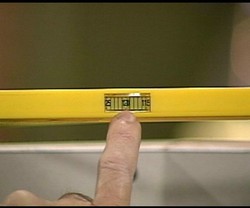 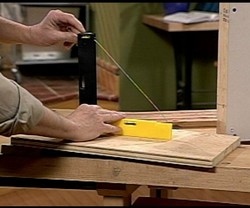 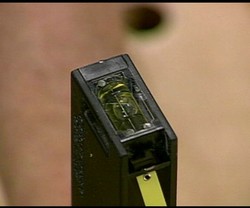 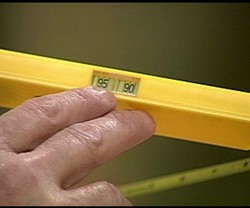 Here is a great new Canadian invention for measuring and transferring angles. Cabinet makers have always used two legged devices that you could set to any angle, lock down and transfer that angle to something else. But to measure angles, we have always been limited to reading impossible little rays of angles spreading out from the pivot point of a measuring device.

The Angle Finder is a two legged locking device much like in the days of old, except that the inventor used some simple high school algebra to equate the length of the hypotenuse of a triangle with its angle. By putting a tape measurer across the two ends, and printing angle marks on the back-side of the tape, you can look through a little window and accurately read off the angle up to a quarter of an degree! Far more accuracy than you need for woodworking. By putting levels on the device, you can accurately measure slopes as well, like for that deck or driveway.

When you have a joint over 90 degrees, like 130, things get worse. First divide it by 2 because we want to cut a moulding to go to the mid-line. 130 / 2 = 65. Now to get a moulding leaning out at 65 degrees, we subtract from 90. 90 - 65 = 25 degrees. We set the mitre box to 25 degrees (making sure we are cutting the moulding in the right direction) and you have half of your 130 degree trim. Always cut a couple of small scrap pieces first, just to make sure you got it right before cutting into that expensive molding.