Tracing the origins of mould in the house 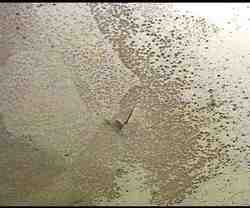 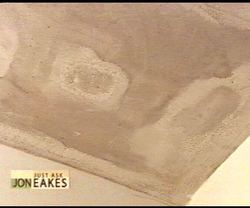 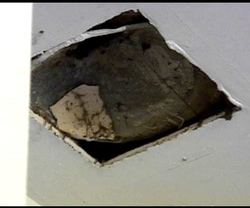 I receive a tremendous quantity of questions about mould, the housing sickness for the new century. First, it is important to understand, in nature, there are mould spores all around us and most of us are not bothered by or aware of them. It is massive accumulations of mould that can cause damage to our houses and to our health. For information on mould itself, including how to spell it and how to clean it up, check out the over 30 entries in this database, and their leads to other resources, under the keyword search mould. Especially take note of the two entries 'Just what is mould anyway?' and 'About cleaning up mould'.

In this TV episode I decided to concentrate on tracing the cause of mould in one particular house. Actually the problem is very simple. If you have too much moisture for too long a period of time, in anyplace, it will grow mould. Some moulds feed off of organic material. Others can grow right on ceramic tiles, taking nutrients out of the air. If a surface gets occasionally wet, or is always dry, it will not support mould growth. So the solution to stop mould growth in houses is simply to prevent condensation. That's simple to say, but maybe harder to do.

The first photo above shows mould on the ceiling of a bathroom. There is of course a lot of humidity in a room with a shower, so the first line of defence against mould in bathrooms is a functioning exhaust fan that will get rid of the excess humidity rapidly. The second photo reveals that this old bathroom has one of those passive holes in the ceiling, which was covered over with a modern grill making the occupants believe that they had an exhaust fan. That old 'pipe to the outdoors' which is so common in all of Eastern Canada was designed to clear out odours from a toilet room during an epoch when people didn't even have showers. It does almost no good for removing humidity. You need mechanical exhaust fans, preferably operated by a humidity sensing switch.

So we know that we have too much moisture here. But there were two other very interesting aspects to this problem of mould and peeling paint in this bathroom. The ceiling was in serious trouble, but there was no problem at all on the walls, not even on the top part of the walls. That tells me that this is not just a problem of too much humidity, but of a very cold ceiling, causing excessive condensation on the ceiling only. The third photo pulls back a bit to see some more of the ceiling and something else comes to light, the strange pattern of the mould centered around two spots.

A cold ceiling is usually a sign of a lack of insulation in the roof space above. The spots indicate that there a couple of places where there is probably no insulation at all. Why? A clue to that question in this particular roof was found when we realized there was a birds nest right next to the exhaust duct, inside the roof space. If birds got in, so do squirrels and squirrels love digging out a home inside the insulation. Spots of condensation and/or mould on a ceiling often point to rodent nests in the insulation and a zigzag line across the ceiling will often trace a rodent tunnel from the soffits to the nest.

Cleaning and painting the ceiling is necessary but not sufficient to solve the problem in this house. First they should install a real exhaust fan, which will reduce the humidity, reducing the condensation. Second they need to either get into the roof space and improve the insulation, difficult to do in this house, or put foam insulation boards over the ceiling plaster, more drywall and a new paint finish. That will permanently warm up the ceiling and probably eliminate the condensation. Then the paint will quit peeling and the mould will not come back.