Does caulking from squeeze tubes shrink more than from cartridges? 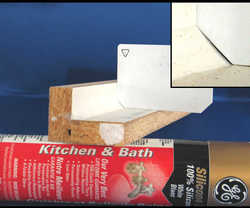 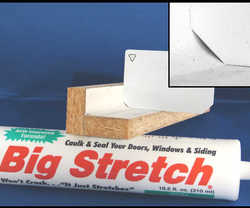 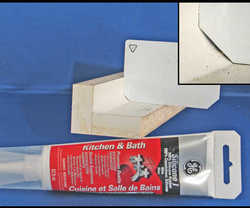 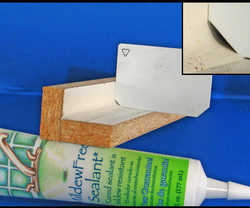 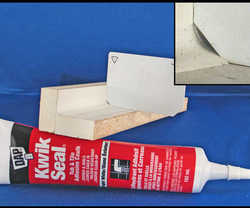 I always had the feeling that caulking from toothpaste like squeeze tubes had less body than caulking from gun cartridges. I recently received a whole array of caulking from Sascho, a manufacturer with a great line-up of products and it included a Mildew Free Sealant for bathrooms in a squeeze type tube. When the representative called, I asked how much more the squeeze caulking would shrink than the cartridge caulking. She insisted that it would not be any different. So I went to the shop -- and you can see the results in the photos above.

I randomly choose a couple of other products from my local store, GE and DAP, but although there are variations I believe that brand names are not critical in the question of shrinkage between squeeze tubes and cartridges.

I over-applied the sealant from all the products and then smoothed it out with a plastic card cut at the corner to give me a consistent and comparable full bodied caulking bead. Note that this is the way that caulking should be applied, not with a concave curve that removes the meat of the caulking even before shrinkage. For more details on proper techniques of applying caulking (by the way caulking is a common name for what is properly called sealants -- not two different things), check out the QuickTime video showing Caulking Techniques.

What did show up extremely clearly is that there was very little shrinkage with the full bodied sealants coming out of gunned cartridges -- although GE shrunk a bit less than Sascho. There was far more shrinkage out of all the squeeze tubes, although GE performed fairly well while DAP and Sascho had extreme shrinkage. My original idea that they simply have to thin the sealant down to get it to squeeze so easily appears to be vindicated.

So although the small squeeze tubes are extremely convenient and easy to use, I would never rely on them for a job that I wanted to last a long time. Get out the caulking gun and do it right.

Follow-up: Did I tell you I loved the web because it allows me to correct, modify and expand on information. After dumping pretty heavily on Sashco I got a copy of this note to my contact there from their head technical person. It was such an informative and intelligent comment that I wanted to share it with you -- about what he thinks I got right and where I am making poor comparisons.

Unfortunately, he is correct with his analysis of squeeze tube grade shrinkage comparisons between water-borne acrylic sealants (DAP, Sashco) and their cartridge grade counterparts. With a water-borne sealant, adding solvent (water) is really the best way to get the viscosity low enough for most people to squeeze the material out of the tube. Caulk guns give a significant mechanical advantage, and allow us to formulate sealants with higher viscosity, that won't shrink as much, and have 'more body' to tool. Tests I've done in the lab put MildewFree equal to or better than the other acrylic water-borne formulas as far as level of shrinkage.

I do find some fault in his comparisons between the GE product, which is a silicone, compared to the acrylic water-borne sealants. The significant chemical differences between acrylics and silicones allow GE to make a product with less shrinkage, at a low enough viscosity to work with. Chemically, they are an apples to oranges comparison.

That said - all of these products are sold into the squeeze tube market for use in bathrooms, so he is justified in searching for the product that has the least amount of shrinkage, regardless of chemistry, if that is his primary concern. If he looks at other physical properties (i.e. adhesion, ease of application, paint-ability, gloss level, mildew resistance) he might have come to an entirely different conclusion about the products.

I do agree with his technique to tool squeeze tube formulas by striking the material flush with a tool rather than making the bead concave with your finger, that is a good tip to put into our FAQ section of the website."

He is right, shrinkage is important but not the only criteria in choosing a sealant.