What is Radon and should I be worried?

The basic message to remember is that Radon is a dangerous cancer causing gas and if found to exist in high concentrations in your house the problem can be solved permenantly and at a reasonable cost.  So we don't want to ignore the possibility, we need to test every house in Canada.

Listen to Montreal personalities who have tested their own homes.

What Is Radon? -- The Video

The following video explains WHAT IS RADON and HOW WE CAN CONTROL IT.  Although produced for the construction industry as an introduction to techniques for radon control in new construction, it can be helpful for homeowners to understand what this is all about.  Click here to see the technical videos on dealing with radon in new construction. 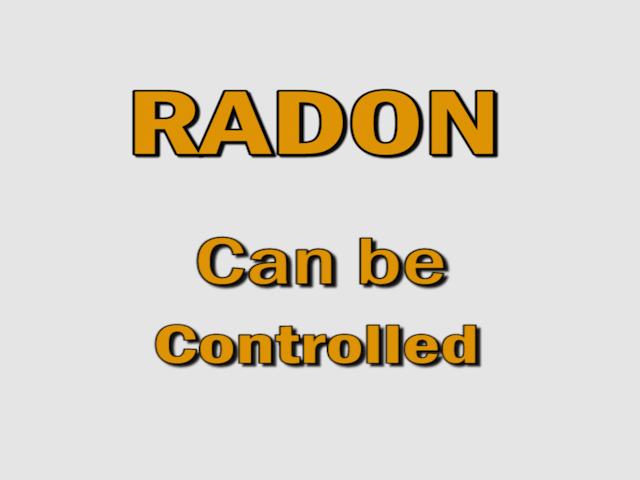 Radon is an odourless tasteless invisible radioactive gas that occurs naturally in certain soils -- and has since long before we were ever building houses over it. Its presence or absence is highly variable and was previously believed to be a problem only in some mining regions - particularly where uranium and such resources were found.

What is the Health Threat?

In long term high concentrations it is known to react with cells in the lungs, potentially causing cell mutations and cancer. Typically radon would enter a house through the basement or crawl space if it was present in the soil under the house. For most of the time that we have been building houses this was not a problem for two reasons: 1) we didn't know it was there and 2) these spaces were so leaky that the wind kept Radon concentrations very low.

How was this discovered to be a problem?

Three things have happened that have brought Radon to the forefront of public attention. The first is a bit of an odd story. Nuclear industry workers are constantly monitored for radioactivity as a workplace precaution. One day one worker in the US set off the alarms, not as he was leaving work but as he was coming to work. They traced the source back to his home and residential Radon concern was born.

The fact that this man had been exposed to high enough concentrations of Radon for the very sensitive detectors at work to pick it up were related to a change in our building of houses -- energy conservation and the cutting down of wind driven air drafts flowing through houses. Energy conservation didn't create the Radon, but tight houses without good ventilation caused all kinds of pollutants to collect in houses. Tight houses with heavy exhaust ventilation could actually increase Radon ingress by creating suction on the soil under the house. (This is one reason why balanced air change systems are recommended for modern houses -- change the air without creating negative or positive pressures.)

The third element in this evolution is the fact that we have learned to measure Radon down to smaller and smaller doses. We now can detect it where we didn't think it existed before using always improving measurement devices like the Alpha Track System.

Add to that some European and North American residential radon research studies concluded in 2004 that radon levels in homes can be a health risk. These studies are what prompted Health Canada to revise their radon guideline to a far lower tolerance, so since 2007 remedial measures in houses are required if there is radon levels are found to be more than 200 Bq/m3 -- Bq/m3 is the standard measurement for Radon.

The US has seen high concentrations of Radon in houses for a long time, and now as we begin to apply the much tougher standards, we are finding that many homes in Canada also require Radon remediation tactics. The confusing thing is that while all homes seem to have some level of radon, one house can have high levels of radon, while the house next door can have very low levels of radon. In addition, the level of radon in a house can vary radically month by month, day by day, even hour by hour -- so short term tests don't mean much. It is recommended that a radon test be taken for a minimum of 3 months in Canada, if not for a whole year. Three day or even one months testing is a bit like watching your kids for four weeks and deducing that they never catch colds or always have a cold.

The good news is that the construction industry has proven that they can eliminate the Radon threat to any house by drawing air out of the gravel bed that exists below the floor of the basement while carefully sealing off all the potential air leaks between the soil and the house.

Now the air sealing of energy conservation is working for us. Not all old houses have a gravel bed, and not all new houses have a fan or have the slab sealed air tight -- but more and more builders are sealing the slab and putting in a closed off pipe from the sub-slab gravel up into the house - ready to receive a fan and an extension out above the roof later (like the plumbing stack) if Radon tests taken after the house is occupied indicate a need for remedial measures. (Testing the soil before construction doesn't tell us much about what might be trapped in a basement built above that soil.) If high levels of Radon are found in the basement, a very small fan is put into 24 hour operation to keep a negative pressure under the house, drawing all Radon out and away before it can get into the house. This can be expensive in retrofit, ranging from $500 to $3000, and far less if done during new construction.

The 2010 Canadian National Building Code incorporates requirements for protection against radon, such as vapour barrier under the floor slab and a capped "Radon Ready" pipe in the basement that can be used if radon mitigation is later found to be required. These "Radon Ready measures" cost less than $50, block a minor radon issue, and make solving an important radon issue quick and inexpensive after the house is occupied.

If existing houses have gravel under the slab, the primary retrofit is to install a vent pipe to tap into that gravel.  With or without gravel under the basement, sealing all cracks or joints in the concrete and assuring that the floor drain trap functions to stop soil gasses.  One way to block that drain and keep it functioning is with a dry trap like the Dranger originally designed for radon control in Winnipeg.

Recent activity on the internet has people worried about radon coming off of granite counter tops. With the increased use of granite in homes, the sources of stone are extending all over the globe, and some samples are showing higher radiation levels than is normal and considered harmless. Of course the US personal injury lawyers are hoping to find a vein of gold in those counter tops -- hence the high activity on the question on the internet. The US Environmental Protection Agency, one of the most conservative on the radon question, has published the opinion that this is not a serious problem. You can read their position at www.epa.gov.

Health Canada released a report in 2010 saying that their testing of granite showed no problems either.

Radon test kits are commonly available in renovation centres.  I have received feedback that their cost is about $30 for the kit, but that many of these kits then require another $40 to send it to the lab.  I would recommend buying your kit from your local Lung Associaton -- that costs about $30 which includes everything except the postage to send it into the lab.

For more information on radon: www.TakeActionOnRadon.ca

All the provincial lung associations are listed in the upper left hand corner.

Health Canada has a lot of information on radon available on their website at www.HealthCanada.gc.ca/Radon.  As to where there are problems:  Cross-Canada Survey of Radon Concentrations in Homes.