Keeping a laptop going (quietly) - from Win7 to Win11

I keep finding myself going back to the first laptop store in Montreal, now a tiny basement workshop at 16 Westminster Ave in Montreal West called UltraSoft.  After all the big stores and websites have stolen away the market for small stores to sell laptops, and many have service departments of varying quality and high costs, Richard Eckerlin is still keeping a lot of people’s old and new machines working.   The workshop looks like one of those old hardware stores that always had what you were looking for in the cluttered back room.  Although Richard looks a bit like Yoda – don’t underestimate his Jedi capacity for getting things done, and with little fancy overhead, you can afford his miracles.   Jump to the bottom of this article to see a long list of what he can do for you.

The most recent miricle he performed for me was to take an inexpensive Win10 machine that used to run only Zoom in my broadcast studio - not very demanding.  But it slowed down to where it would not even keep up with a smooth Zoom meeting.  I ran every dianogistic and update possible and finally handed it over to Richard at UltraSoft.  It is now working better than when I bought it.   Then I gave him my old but powerful PC tower that I finally had to move from Win7 to Win10.  Often with an old machine there are a lot of bugs to that upgrade, so he wiped my system disk clean, made a clean install of Win10, which I still got for free with my Win7 Pro liscense, upgraded all the drivers and I can now still use that old but expensive machine with the new Win10 software.

If you need computing power and are short on money, he has amazing laptops that he has rebuilt.  In fact, many people drop their old laptops off with him rather than taking them to the scrap/recycling baskets around town.  That is the raw material for his bargains.  One great guy with a brain that I can’t fathom but that you should consider as your computer back-up.

Yes, this is an endorsement for one of the most competent and most honest tiny little basement repair shops I have ever found.  By the way, he specializes in removing viruses and even unlocking hijacked computers.  He has even recuperated an unpublished book for known author, the book had vaporized into their file system.  Don’t ask me how he does it – it just works.

Here are some other things that UltraSoft can help you with, with a longer list at the bottom of this page: 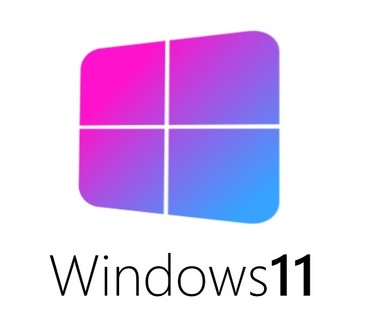 I always want to be the last to upgrade any Microsoft system, waiting for them to get all the bugs out.

Now Microsoft has undertaken a very invasive effort to push their Win11 system onto all existing systems, even though for most people there is not much interesting in the upgrade. You have noticed that Microsoft keeps popping up a “Free Upgrade” window that you have to click away, but if you accidently click the wrong button, it gets installed and you can’t stop it.

If the Win11 upgrade worked, that wouldn’t be so bad, but all too often the upgrade leads to blank screens, frozen programs or other disasters – even if you did choose to take the upgrade.  For about the cost of a new computer, you can take your machine in to be “repaired”.

Richard at UltraSoft can usually work a cure.  I say “usually” because he never promises what he cannot deliver. 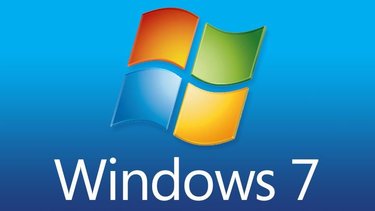 The publicity would have you think that now that Microsoft has ended support for Win7, you must buy a new computer.  Nothing could be further from the truth.  Almost all laptops and desktops that have legal copies of Win7 can be upgraded to Win10 for a fraction of the cost of a new computer and still run almost all of your old software.

So if you are not the type that wants a new computer every year for the latest little improvements, I asked my good friend and laptop genius Richard Eckerlin to walk us through this.  Whether you hire Richard to make the upgrade for you (very competent and inexpensive) or you do it yourself or even you hire someone else to do it, as a consumer, the following will help to keep you out of trouble and prevent you getting ripped off.

It is true that not all software running under Win7 will necessarily run under Win10, especially software that is no longer even supported by its authors.  The only way to run this software next year would be to keep your existing Win7 machine on the shelf and far from internet and virus connections.

I have one old XP machine that I keep running just for one very old graphics presentation program that has never been re-created beyond XP – the same I used on 8 years of HGTV television live broadcasts and still use in teaching venues – just to point out that machine progress is not necessarily performance progress.

To upgrade a computer to Win10 from Win7 you have two choices after backing up all your data:

A - Leave all the old software and apps on the old computer with an upgraded operating system – the quickest way to go but you may be bringing some sluggishness and some viruses of the old machine over to its upgraded version;

B – Keep all the data but erase all the programs and then do a clean install on the upgraded machine – more time consuming but better final performance.  By the way, with a brand new Win10 computer you will have to reinstall programs anyway.

So here are Richard’s Top 10 Tips to upgrade a machine to Win10:

1) Backup your files on an external USB stick or Hard Drive before you start.

2) Remove any Wireless Mouse USB transceiver before you start.

3) Perform any Windows 7 or 8.1 Updates before you start.

4) Remove all Viruses from Windows 7 or 8.1 before you start.

5) Certain HP Laptops require a BIOS Upgrade before you start.

7) Once you upgrade to Windows 10, spend the next several hours performing all Windows 10 "Updates". Do not get lazy as some technicians do and skip these updates. They are VERY important.

10) Do NOT purchase a Windows 10 software package thru the Big-Box Stores. Not only is this the most expensive $$$ way to go ($200+ taxes without installation) but this software even if never opened is NOT returnable and they will NOT give you your money back. Instead find an honest computer technician that can "LEGALLY" upgrade you to Windows 10 and can also perform the work for under $100 dollars.

Open during the holidays except for Christmas Day, Boxing Day and New Years Day.

Tell him Hi from Jon Eakes.

(2021), I still need one of my old Win7 laptops for one program that I cannot replace, but the high-pitched whine of the fan is driving me crazy.  I started looking into replacing this now very old fan, so I called Richard to talk about it.  He said to do nothing before bringing it into his little shop and promised that I would walk out 10 minutes later with good if not great improvement in the quietness of this machine.  He understates as usual.  Usually, a sales pitch like that would put me off – but after over 15 years of miracles from Richard I drove over to Montreal West.

He dumped the computer on its head and pointed to the ventilation grills on the bottom with a smirk on his face – yes, they were white with a crust of dust right on the outside of the machine.  He then fired up his compressor (he never uses the air in a can because if you happen to tilt the can just wrong, the liquid propellent in the can will come squirting out the straw and possibly corrode rather than clean the electrical contacts).  So, with just the right pressure on this dust filtered compressor he proceeded to choke us both up with a cloud of dust, first from one fan, then from the other.  That’s it, that’s all -- $20 – and I have to now stop and look to see if that laptop is still running!

Most computer repair stations will sell you a complex contract for taking things all apart and cleaning them out – when all they really do is blow out the dust just like Richard did.  The difference is Richard admits to what he is doing and charges more than reasonably.

Services Offered by Richard in 2022:

-Upgrade from Windows 7 to Windows 10

-Downgrade from Windows 11 back to Windows 10

-Re-Installation of Windows 10 after a "Crash"

-Backup of files from a computer that no longer starts

-Resolve an Over-Heating Laptop which keeps shutting down

-Cleanup temporary files if your hard drive is getting too full

-Support for older versions of Windows including Windows XP

When you recycle your old laptop, don't forget to recycle the AC Adapter or Power Supply (Black Box that plugs in the wall) and any other unwanted extra cables that you do not need or that you no longer use.

Call ahead to let him know you are coming.