Scott in Grand Falls, NF has a loud banging noise in his pipes every time he shuts off a faucet. 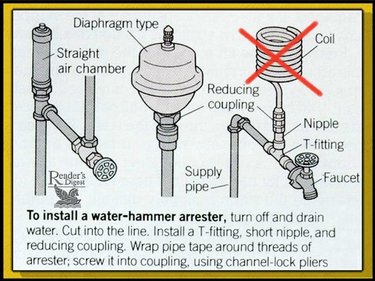 In some plumbing systems when a faucet or an automatic valve like in a washing machine stops the water too fast, it tries to keep going and you get a banging sound throughout the house. The pipes are actually moving and banging into something.  This banging force can be strong enough to break pipe joints apart and cause real problems.  This problem is called Water Hammer and it can be solved by putting a special air chamber just before the offending valve. This gives the water somewhere to go because air is compressible. 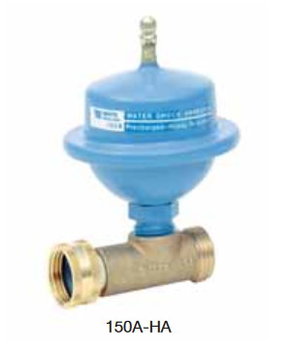 The photo above shows three versions of water hammer arrestors -- that were all legal in 2000.  In 2010, the Canadian National Plumbing Code changed after it was realized that straight or coiled pipes that simply provided an air space as a cushion would quickly fill up with water as the air disolved down into the water stream.  So the code now requires that the air cushion be seporated from the water.  Thanks to a CJAD listener for cluing me into the change.   Some arrestors do that with a diaphram, as seen here and above. 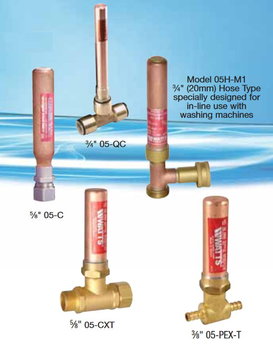 Others use some kind of a piston seporation and usually look like a bit of oversized pipe.  The obligation is now to be sure that the air will not disolve into the water and the whole space will end up filled with water.  So now all water hammer arrestors have to conform to the ASSE 1010.  You should be able to find an ASSE logo on the device.

If you have any banging caused by valves that turn water off quickly, like dishwashers and clothes washers, you should eleminate the noise and protect your system by installing an appropriate valve.