THE WIRE WORKS, THE CONNECTIONS ARE THE PROBLEM

Aluminum wire does a good job of conducting electricity (although you do have to use one size larger wire than copper for the same electrical load) and can do the same job for less money. So for a short while it was used in houses for regular wiring. Then the "aluminum wiring crisis" came along, which actually had less to do with the wire itself than with its connection to fixtures or to other wires. Aluminum wiring can be perfectly safe if you use the proper switches and outlets and take special precautions when connecting to copper wire.

The two problems are that the aluminum wire expands and contracts with change in temperature, as does copper wire, but aluminum tends to lose its round shape and become oval, whereas copper maintains its original shape and size. So with many cycles of expansion and contraction, the aluminum wire flattens out and can become loose under ordinary screw heads, causing sparking. The second problem is that the skin of the wire can oxidize, reducing its electrical conductivity, particularly at a connection from an aluminum wire to a copper wire.

MANY CONTEST THE SAFETY OF APPROVED PURPLE SCREW CAPS 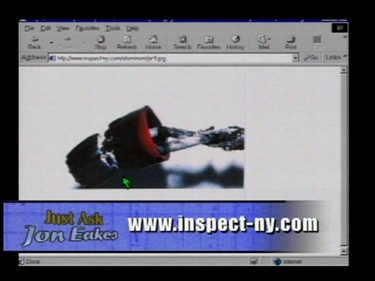 The second problem is that officially, according to CSA in Canada and UL in the States, if you use an approved aluminum-to-copper twist connector that includes anti-oxidant creams, everything will be just fine. But one home inspection group (www. inspectapedia.com) has convinced the US Consumer Product Safety Commission (a US Federal government consumer watchdog agency) to state publicly that these connectors are at best a temporary solution. Yet they are still officially approved in both the US and Canada. The companies that sell the connectors try to make it all look easy, so they have even gone as far as saying that you do not have to twist the wires together before putting on the connector. To me, that is cutting corners that should not be cut.

If the aluminum and copper pair of wires do not have excellent electrical contact between them by being closely twisted together and being coated with an anti-oxidant cream to ensure that the surface of the aluminum does not lose its conductivity then the electricity takes the path of least resistance, which is the spiral thread inside the connector. But this spiral thread is not large enough to carry much current and the above web site shows real examples of this spiral heating red hot and the whole connector bursting into flame. 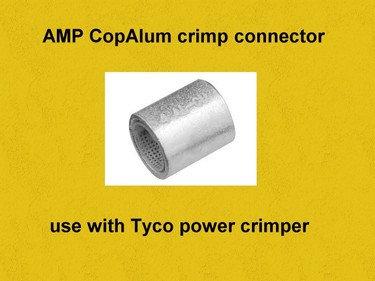 According to these safety advocates, there was only one way of having a fail-safe aluminum-to-copper connection for a pigtail, and that is with a special crimp connector that has a heavy ring that is squeezed onto the two wires with tons of force in a special heavy duty crimper -- the whole system is called CopAlum crimps. Only one company makes them.  Only a few electricians have bothered to complete the required training course that would allow them to lease the necessary crimping tool (that’s quality control for you), but they are possible to find, even in Canada. To find out if there is a certified AMP electrician in your area call TYVCO company in the US at 800-722-1111.  I called in Dec. of 2013 to be told that at that moment there were only three certified AMP electricians in all of Canada – they would be the best you can get. 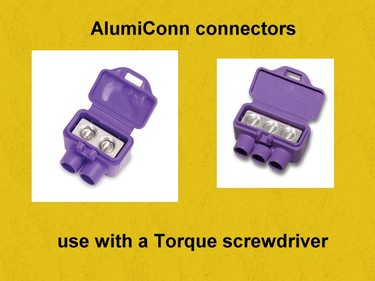 In 2011, the Consumer Protection Agency of the US, the one that blew the whistle on using the purple twist connectors, approved a second system, AlumiConn that uses screws rather than the high powered crimping tool – but does require a torque measurement on driving the screws. A torque screwdriver ensures that the fasteners are sufficiently tightened but not over-tightened.  So if you do not have a certified AMP electrician in your area this may be something you can talk your local electrician into studying and obtaining.  King Innovation.

CAUTIONS ON TEMPORARY USE OF PURPLE TWIST CONNECTORS 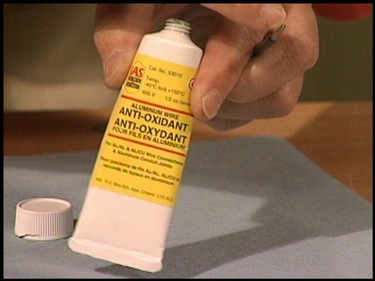 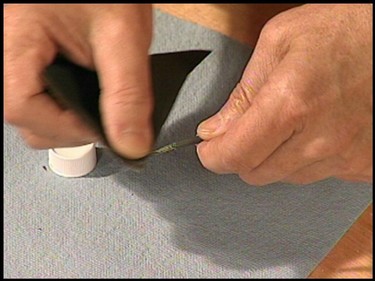 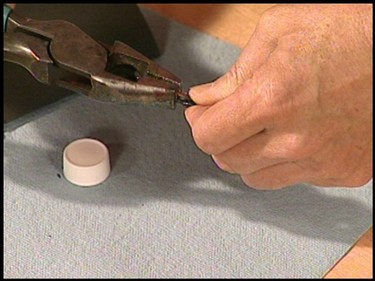 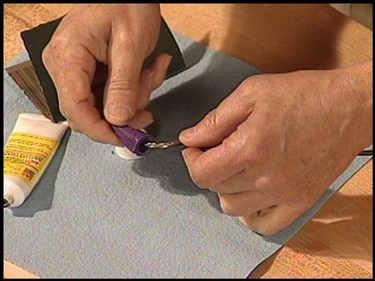 If you are using twist connectors please consider them as only temporary. The best procedure is to use the anti-oxidant cream as a lubricant together with some wet/dry emery cloth to scrape any invisible oxidation off of the aluminum wire, leaving it covered in the cream during and after the whole process to keep it from oxidizing again. This ensures maximum electrical flow out of the aluminum wire. Then tightly twist the copper and aluminum wires together with a pair of pliers. Then apply the connector, either using one that is already filled with cream, or filling one with cream yourself. The cream will keep the cleaning job you did from oxidizing and the twist connector will simply hold the wires together without carrying the electrical load. For interesting details on connectors and even different anti-oxidant creams, brand names and more, check out the " www.inspectapedia.com/aluminum/aluminum.htm " web site. 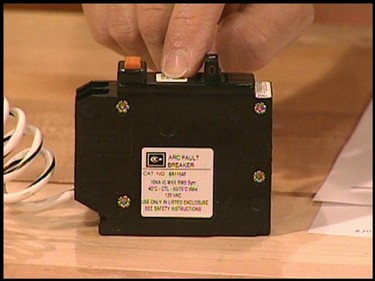 One other thing that can be done for aluminum wiring, or for that matter, any wiring is to install the new "Arc Fault Interrupters" in the mains panel. These gadgets are both circuit breakers and special "spark" detectors that will shut down any line that is sparking. This will catch some of the aluminum problems, particularly those caused by loose screws. It will not stop an improperly sized or installed twist connector from heating up, but once the wires start to spark, it will break the power to the problem.

I received this question from Joey:  "You have said to use an arch fault breaker on the aluminum wired circuit and I have a question. Since arc fault need to have a dedicated circuit and have its own neutral this won't work on a house built when aluminum wire is being used unless they wired it according to the way we are to wire now with the home runs and non shared neutral wire. So how would it work just curious."

I love questions that force me to learn a bit of building science history.  In the days of aluminum wiring, shared neutrals were accepted in limited known lighting circuits and in  modern wiring there is only one case where shared neutrals used to be accepted and that was in a kitchen split receptacle - but even that now requires two return wires.  So avoiding shared neutrals is not new to the code. Of course professionals and DIYers alike tended to ignore the code interdiction on shared neutrals, past and present, as well as the health consequences of this practice.

Shared neutrals, for those who do not know, are where the white return wires are connected together from two or more different circuits – two or more different fuses or breakers.  Everything seems to work, but electricity will always take the path of least resistance, so rather than the electricity going out on a circuit and coming back on the same circuit in two wires that are totally parallel and close to each other, the flow back is often on a totally different circuit probably taking a different route through the house.  All electrical currents create low frequency electromagnetic radiation, but the two wires in a single sheathing next to each other cancel out.  When the power goes out into the house on one wire and back to the box on a totally different circuit neutral, both wires create electromagnetic radiation that does not cancel out.  Specialists in this field estimate as many as 80 percent of new construction have such wiring errors – hay, things function and inspectors don’t seem to care, so why worry?   Well -- this can affect human health.  Look up electromagnetic radiation in this site for more details on the health issue.  Dr. Paul Héroux from McGill University has shared his work in the 2012 BioInitiative Report referenced in the link above, showing chromosome damage in human cells caused by low levels of 60hz radiation – and that is exactly what is generated with stray ground currents in our homes.

So independent of the arc fault breaker question, if you have old aluminum or newer copper shared neutrals that are creating stray ground currents, you need to repair your wiring.  Sometimes it is as simple as separating all those white wires from each other. For total details, consult Karl Riley's book, Tracing EMFs in Building Wiring and Grounding.

The arc fault interrupter does need no shared neutrals to properly measure and identify any sparking.  Some people claim they just don’t work – and this could be one of the reasons why that installation doesn’t work.  So if you don’t want to change all of your aluminum wires, use arc-fault breakers after sorting out any shared neutrals. In a worse case situation, re-wire the whole house – and there are many reasons for following the code.

Follow this link for more questions from people who are Still Worried about aluminum wiring.