What is wrong with my gurgling double sink? The Vent Valve

David writes that he recently installed a double sink but it gurgles and backs up. It is 10 feet away from the plumbing stack and goes through a garbarator. What did he do wrong? 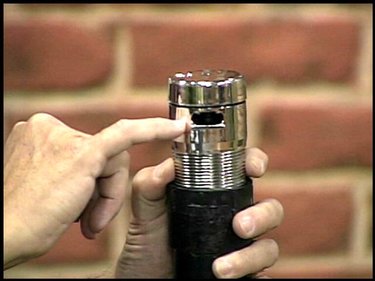 When you attach a large double sink on a long horizontal run, the drain pipe will tend to fill up with water very quickly. This will slow down the draining of the sink, allowing water to rise in the second sink. Also, as this pipe full of water leaves, it will draw air with it. The gurgling sound comes from the suction that is drawing air through the water that should be sealing the P trap. 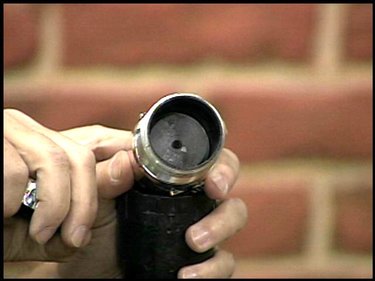 When all of this is very close to the stack, air can return through the top half of the drain to prevent that suction. But when you change small sinks for large sinks, especially if you have a long horizontal run, you really should add a vent pipe right after the P trap that would rise up vertically and then join the plumbing stack higher up. This pipe carries no water, but allows the flowing water to easily suck air back into the system, preventing the suction on the P trap. 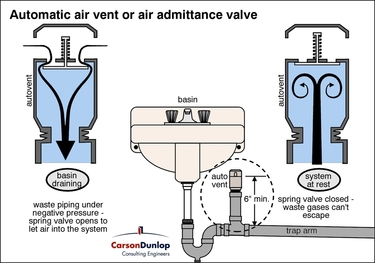 When it is very difficult to do a proper vent pipe, you can cheat (on everything except toilets) and put in a "vent valve". You cut into the horizontal pipe as near as possible to the P trap and put in a "T". On top of this T you screw in the Vent Valve. This is simply an air passage that has a little spring loaded diaphragm that will not allow the sewer odours out, but will allow the suction to draw air into the pipe. They can get old and fail, or even get bugs caught on the seal, holding it open, so a vent pipe is preferred, but a vent valve is acceptable. If someday it fails to stop odours, replace the valve. Most of them are plastic, but you can get much better quality in brass.

When gurgling only happens in very cold spells in the winter, the problem is probly a frost covered plumbing stack.  Check here for the full story on that aspect of plumbing venting.