As you read below you will find a detailed history of Vermiculite insulation and problems it had starting in 1920.  Just recently I have become aware of houses built around or before 1920, yes 100 year old houses, where it was discovered that there was about 2 inches of Vermiculite under two different layers of re-insulation over the years.  The homeowners assumed it would cost $20,000 to clean it all out to have an asbestos free house, only to their surprise to see the labratory results that said there was zero Asbestos, none at all.  That is when we woke up to what we already knew, that 100 years ago people did insulate their attics: with sawdust, with seaweed and with a lot of vermiculite -- but none of that Vermiculite came from the asbestos contaminated mines of Libby Montana.

So if you have a very old house and discover a thin layer of Vermiculite under other insulation products, don't panic.  It is certainly worth having it tested and probably certified as asbestos free. Read on for the whole history that I started writing in 2003. 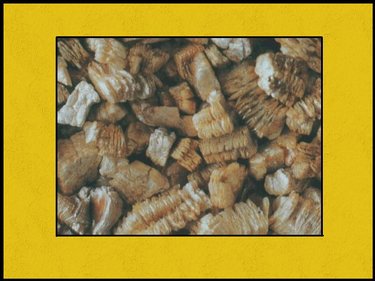 Asbestos is a definite health hazard because the very tiny indestructible fibres float into your lungs and stay there, eventually causing cancer type growths. Zonolite was a brand of vermiculite insulation that is contaminated with small quantities of asbestos. Lots of non-contaminated Vermiculite exists and is used as much in gardening as for insulation. About every two years the media scares all of us with stories of doom and cover-up. So what does all of this mean to our health and the property values of our homes, and why don't we hear about it all the time?

First, understand that our news media, as we have created it ourselves by our viewer preferences, is only allowed to talk about something when there is an exciting or dramatic hook. So although poverty exists every day, they can't talk about it until they have a dramatic event that allows them to talk about. Health hazards exist all around us and the media rarely talks about them but they are still there. Take for example the dangers of powerful exhaust fans in our homes, something far more common than Zonolite in the attic. The press won't talk about it until someone dies, but the knowledge is there; just follow this link to Improper exhaust fans can pollute your home -- could even kill you. Perhaps the web is filling that space between the well disseminated but short lived scare of the media and the slow conservatism of government health organizations.

The first serious research I had my staff undertake on the question of Zonolite and health was in 2003, and even then it was hard to get good factual information. A little more is available today.

Let me give you the nutshell version of reality, and then if you feel you need more information, you can find much more from the links below, including information on the August 2009 deadline for Canadian claims for money.

Vermiculite is an interesting material made by taking small grains of special rocks and basically exploding them much like popcorn into light fluffy grains, a bit smaller than popped popcorn. It makes great insulation with the special property that it is virtually fireproof. It is used in gardening because it mixes well with soil and helps to hold water. It has been used as a housing insulation since 1940, and still is used in many parts of the world.

Vermiculite is not a problem! Asbestos pollution of vermiculite is the problem. One mine in Libby Montana produced most of the world's supply of vermiculite for many years, up until 1984 when they stopped shipping their product called Zonolite. A few years later they went bankrupt because of US class action suits against them for the asbestos contamination. Of course, most of the potential money is now gone, explaining why some Canadians just discovering this problem are trying to sue the government for damages. Canadians can apply to join a class action suit up to August 31,2009 - see below.

Apparently it was known from the early 70's that there was some asbestos in the Zonolite, but by all safety standards, it was a very small quantity compared to the total volume of the insulation. It was only later that it was discovered that when long sitting Zonolite is moved around, the small asbestos fibres become airborne and it is that airborne concentration of asbestos that exceeds the safety norms and becomes a health hazard. That is not an effort to forgive the health agencies that have not moved sooner, only to explain why the first appearance of asbestos did not set off alarms.

To their credit we must say that the American Environmental Protection Agency (EPA) did release public information on the problem far earlier than has Health Canada. The political reason for this, like it or not, is that in the US the government is never responsible for anything so they can raise health concerns and not get sued or asked to set up government programs to solve the problem. In Canada, the government is expected to buy people out of problems, so they are much slower, or even unable to put out safety alarms. With the latest media blitz on the question the NDP is in fact asking the government to put up the money to remove this product, where-as in the US the government has never gotten involved in such a notion.

So what do we do as a homeowner?

If you do have vermiculite in your attic placed prior to 1990, you can probably assume that it is contaminated. If you are not sure if you have vermiculite or not in your attic, simply scoop up a handful (from the top) and take it to a gardening store. They will easily recognize vermiculite. You can test for asbestos, but the test is best done by professionals. The only real value of a test would be to establish that there is no asbestos in your attic for the purposes of re-sale value. No asbestos will be the exception to most vermiculite insulated attics as Zonolite had about 90% of the business. One trick is that most of the asbestos will have settled to the floor of the attic, so your test samples should come from the bottom of the insulation not the top. See the link below to Pinchin.com for details on testing.

If in fact you do have vermiculite in your attic the basic recommendation is to not disturb it. The danger is when the little asbestos fibres get airborne. If you must undertake renovations that require stirring it up, then you treat it like a hazardous waste. This is not a DIY job and don't trust just any renovator to know how to protect themselves and the rest of your house and household. Asbestos removal entails disposable overalls, asbestos proof respirators, negative air pressure in the work area to prevent it from spreading into the house, HEPA vacuum cleaners and a whole hazardous waste clean-up protocol including safe disposal. Safe professional removal from an attic will probably cost around $10,000. Yes it appears that the presence of Vermiculite in your attic could affect your property values.

If you don't use your attic, and don't disturb the Zonolite, there is no health problem. Even just touching it is not a problem. Creating airborne dust is the problem. If attic dust seems to be filtering down through electrical fixtures, seal them off air tight, as they should be for moisture control anyway. If you must work in a Zonolite filled attic, be sure to wear a respirator certified for asbestos.

If you have Zonolite in your Canadian attic you can file a claim against the company up to August 31, 2009 (the "Bar Date"). Visit www.GraceClaims.com.

Pinchin Environmental is an environmental consulting firm and probably Canada's greatest expert on the question of Zonolite: "www.pinchin.com" They have great information on testing for Asbestos.

Health Canada has finally set up an informative site for consumers on this topic, with many more links to more information: "Health Canada Consumers"

If you want to learn more about Vermiculite itself, the good stuff that still works, here is the insulation industries explanation on what is Vermiculite: "Vermiculite Association"

Even though we could say, 'if you don't distrub it, it won't hurt you' - it may very well cost you up to $10,000 in re-sale value. The only good part of this is that with good safety practices that do not disturb the insulation, you can safely wait and choose when you want to remove it.